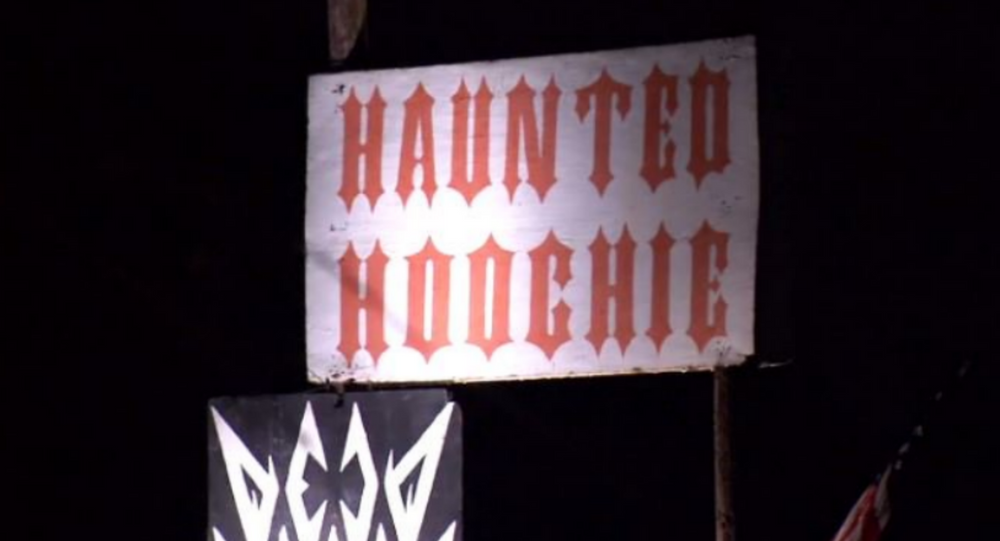 Just hours after suspect Robert Bowers opened fire at the Tree of Life Congregation Synagogue in Pittsburgh, Pennsylvania, a haunted house in Pataskala, Ohio, hosted a “Swastika Saturday” as part of its Halloween celebrations.

"The Haunted Hoochie" attraction carried on with its "Swastika" event despite calls to cancel and protests outside the entertainment venue.

The organizers told 10TV this weekend that the event, which contains "graphic and violent horror," according to its website, is a 28-year-old tradition. However, many questioned the decision to carry on on the same day 11 people were shot to death and at least six others injured in an attack on a Jewish service.

On Saturday, a band scheduled to perform at the event, "Only Flesh," canceled its performance.

"We do not condone hate speech or racism in any way and cannot be associated with a place that promotes a ‘Swastika Saturday,'" the band wrote in a Facebook post.

"Whether it was done for shock factor, racism or just plain ignorance, we cannot promote that kind of message," band's singer, Revina Lower, told Raw Story Monday. "I personally live 10 minutes from the synagogue that was attacked, and I cannot even try to understand what the families and friends of the murdered are going through. We need to stand for them," she added.

The event organizers were met with backlash when they still decided to go through with the event, even after the band they had scheduled canceled its performance.

​"Care to explain why you're having swastika Saturday? It seems really awful after the events of this morning," one user commented on the event's Facebook page Saturday.

"This, and anyone attending or participating has problems, serious problems. The owner and anyone else who doesn't change this tonight has no place in our society. Truly sickening. Boycott and walk out," another user said.

"We screwed up big time," the organizers wrote. "On behalf of the entire Haunted Hoochie staff, we first and foremost extend our sincerest condolences to the families affected by the tragedy in Pittsburgh, and the Jewish communities of the area… Second, we will in no way tolerate any form of hatred on our grounds, from our staff or from our guests. This means that certain costumes or themes may be deemed inappropriate and you will be denied admission or asked to leave the grounds."

​The Haunted Hoochie also promised to make a $50,000 donation to the Tree of Life Synagogue. The Haunted Hoochie's organizers did not immediately respond to Sputnik's request for comment on their Facebook page.

​On Saturday, Bowers, 46, chased people from the main hall into the synagogue's basement, armed with a rifle and three handguns. He was wounded in a shootout with police before surrendering to security forces. During his arrest, he was reportedly shouting anti-Semitic slogans. On Monday, Bowers appeared in federal court in a wheelchair and was charged with 29 federal crimes. He signed the papers connected with the charges against him and acknowledged he understood those charges. The next hearing in the case is scheduled for Thursday

The suspect was arraigned and ordered held without bond on Monday for the deadliest attack on America's Jewish community in the country's history. According to US Attorney General Jeff Sessions, Bowers will most likely face the death penalty.