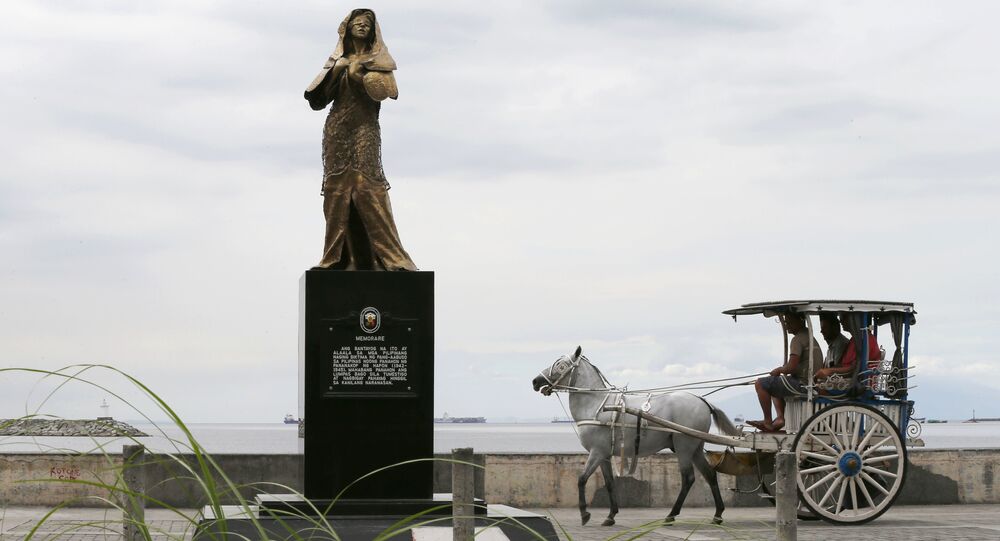 On Wednesday, the mayor of Osaka, Japan, ended its “sister city” relationship with San Francisco, California, following a dispute over the status of Asian “comfort women,” a symbol of Filipino, Korean and other Asian cultures abused as sex slaves by Japanese soldiers leading up to and during World War II.

The statue, commissioned by the ‘Comfort Women' Justice Coalition in San Francisco, shows four statues representing the Korean, Chinese and Filipina women enslaved by Japanese forces during World War II. The monument resulted in strong reactions in Japan when it was first revealed in September 2017, with the mayor of Osaka, Yoshimura Hirofumi, threatening to end sister city ties if the monument was not removed.

"It is unfortunate that (Osaka) Mayor (Hirofumi) Yoshimura no longer wishes to maintain ties between the governments of San Francisco and Osaka," Jeff Cretan of the office of San Francisco Mayor London Breed said in a recent statement, Japan Times reported this week.

"We will remain sister cities via the people-to-people ties maintained by our San Francisco-Osaka Sister City Committee and their counterparts in Osaka," Cretan added.

However, according to Yoshimura, Japan was being singled out.

"This issue should not be treated as an issue specific solely to the Japanese military. As long as widespread sexual problems on the battlefields by countries other than Japan are not openly recognized, past offenses, which the whole world must face, will go uncorrected, and those violations in other parts of the world will not be resolved," Yoshimura said in a recent statement, the Global Voices reported Saturday.

Following the Japanese invasion of the Philippines in 1941, some 200,000 women from South Korea, China, Indonesia and the Philippines were forced to submit to male soldiers in Japanese brothels, servicing male wartime military personnel.

Similar memorial statues of ‘comfort women' — a phrase translated from the Japanese ‘ianfu,' or prostitute — have been erected in South Korea and China.

Japan Weighs Increased Imports From US as Trade Talks Loom