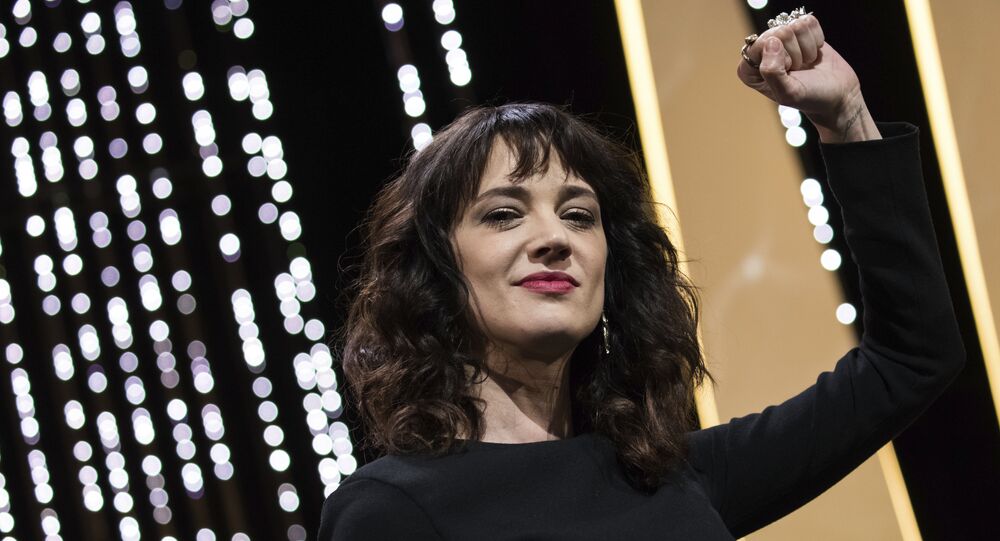 Actress Asia Argento revealed on Wednesday that she will be ending hush payments to former child actor Jimmy Bennett, who accused her of sexually assaulting him in a California hotel room when he was a teenager. Argento is now saying the young man assaulted her.

The payment arrangement, which was established in 2017 by Argento's deceased partner, celebrity chef Anthony Bourdain, totalled the sum of $380,000. According to a previous statement released by the Italian actress, the funds were meant to help Bennett out of some financial difficulties he was undergoing at the time.

Argento's Wednesday statement, put out through Mark Jay Heller, her lawyer, doubles down on the actress's claims that her relationship with Bennett was never of a sexual nature, Page Six reported.

"Her relationship with Bennett was never sexual, but rather the relationship was a long distance friendship over many years," the statement reads. "Now that Mr. Bourdain has passed away and is not able to comment on his desire to avoid potential scandal… Asia will not permit any portion of the balance of the $380,000 payment to be paid to Bennett, who has already received $250,000 from Anthony Bourdain."

Bourdain was found dead in a hotel in Strasbourg, France, earlier this year in June. His death was ruled a suicide by officials.

"Phase Two of the #metoo movement dictates that the voice of a victim, even one with a history that may be in question, should be heard, and she [Argento] is hopeful that in the Court of Public Opinion, it will ultimately be determined that Asia never initiated an inappropriate sexual contact with a minor, but rather she was attacked by Bennett and might even be suffering the fallback of a smear campaign by those already accused who may have a vested interest in their accusers being denied credibility," the statement added.

News of Bennett's ceased payments quickly triggered a Twitter war between Argento and her former friend, model Rain Dove, after they criticized Argento for being dishonest about the matter. 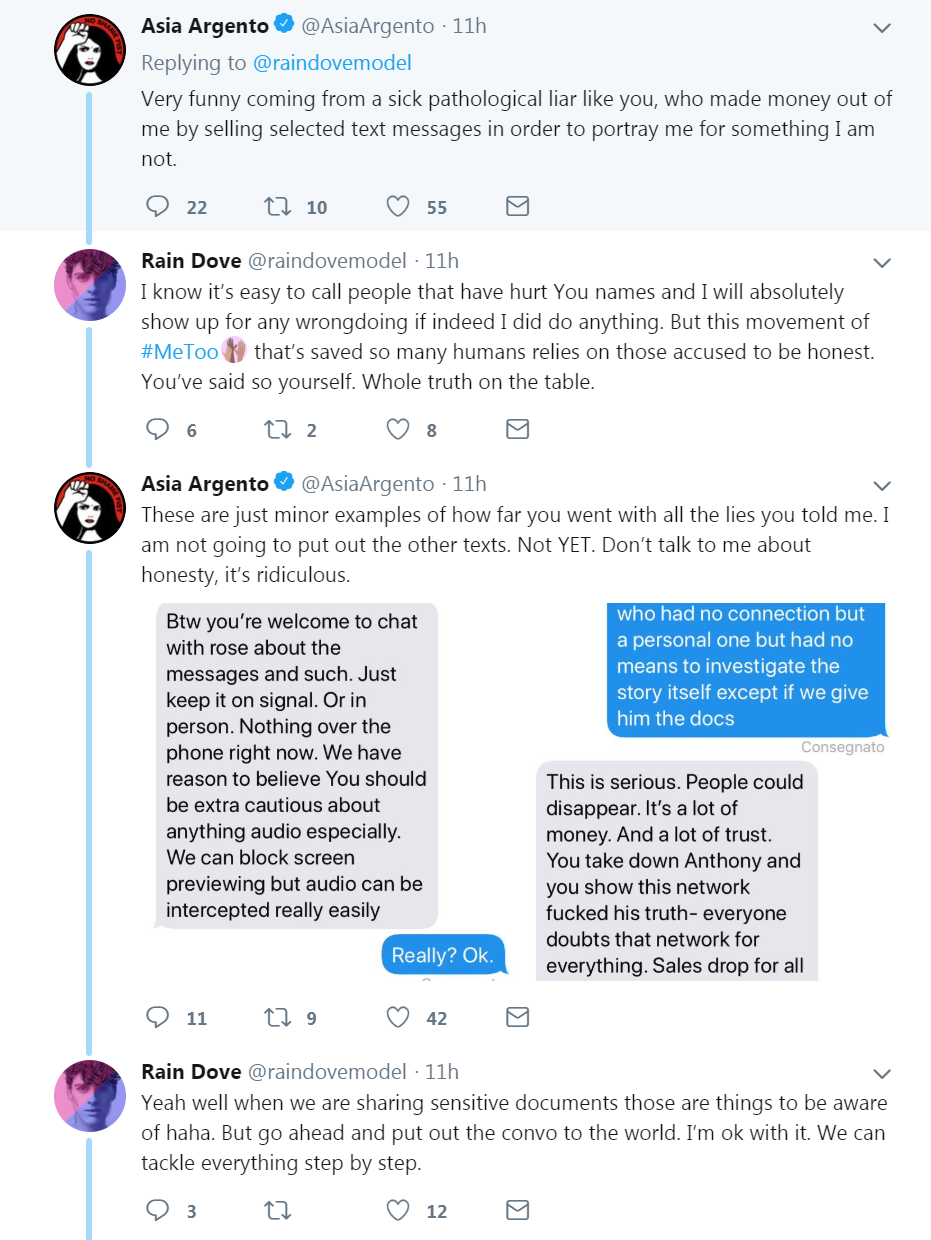 "Why is your attourney still saying that your relationship wasn't sexual?! Tell the truth Asia Argento. Please. Be the person You demand others to be and TELL THE TRUTH," Dove wrote. "I will 100% help support You through this process with whatever resources I have that can assist the healing necessary — but You need to be honest. I can't help a dishonest being."

Argento fired back, saying, "Very funny coming from a sick pathological liar like you, who made money out of me by selling selected text messages in order to portray me for something I am not."

Dove, who is currently dating fellow #MeToo activist Rose McGowan, admitted late last month to being the person who shared text messages with police after Argento denied having a sexual relationship with Bennett in 2013 when he was just 17 years old.

"When the individual made it clear that they were not going to be honest about their engagement, I turned in materials that may contribute towards an honest investigation. All victims deserve justice. Justice can rarely exist without honesty," Dove wrote in their own statement released via Twitter.

"This is a person who represents a certain ideal and who has called out for all those accused of sexual assault to be honest about their experiences in order to allow justice for the victims. However, when the NYT statement came out, in which Asia denied any sexual engagement, that's when it became clear that they were not going to follow their own ethics."

Aside from Argento stating that she did have a sexual encounter with Bennett, the text messages also revealed that she was not aware of his age until after she was served with an intent to sue in November of 2017 by Bennett's legal representation. Photos of Argento and Bennett lying in bed together have also surfaced online.

Bennett revealed last month that he held off on coming forward about the incident because he was "ashamed and afraid" and wanted to handle the matter privately "with the person who wronged" him. His allegations were publicized in an article by the New York Times.

Asia Argento Reportedly Admits to Having Sex With Minor, Unaware of Age