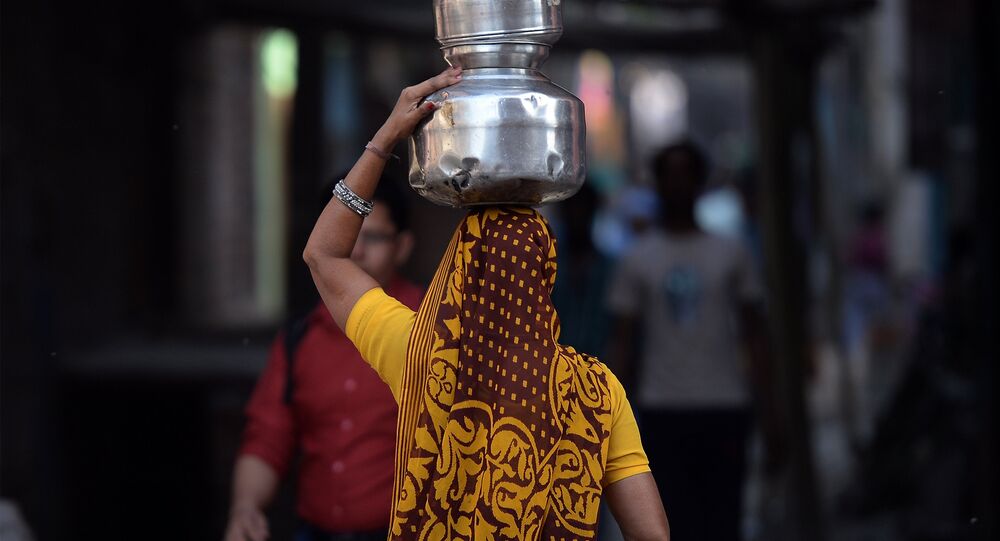 Not So Tough: Indian Lawmakers Demand Separate Forum for Men Harassed by Wives

Two lawmakers from India’s ruling party have been pushing for a forum to give men a voice and ensure they get access to justice, as they believe that many men in India are suffering silently as the existing laws are biased in favor of women.

New Delhi (Sputnik): Two lawmakers in India have demanded that a separate commission be established for men along the lines of the National Commission for Women, so that "men who suffer at the hands of their wives" are given justice.

Lawmakers Harinarayan Rajbhar and Anshul Verma, both from the ruling BJP, have argued that the existing laws in the country that are meant to safeguard the interests of women are subject to misuse by women who seek to harass their husbands. They have called for a convention to be held in the last week of September in the national capital Delhi to discuss and garner support for the proposed commission for men.

The two MPs even raised the issue in Parliament on several occasions.

© AFP 2021 / SAM PANTHAKY
Deserting One’s Wife May Soon Become Punishable in India - Women’s Commission
The Save the Indian Family Foundation (SIFF), a men's rights group which has a network across India, has expressed their solidarity with the demand.

"There are many men who are suffering silently due to the draconian and biased laws which unduly favor women in domestic and criminal cases. These men have to prove their innocence as they are considered guilty even before the verdict is delivered by the judiciary. We want the lives of these suffering men to be saved. They want a justice system in which they could be heard," SIFF official Kumar Ratan told Sputnik.

Today team SIFF NORTH INDIA meet with Ghosi MP Mr Harinarayan Rajbhar. He is the one who raised the issues men facing and demanded Purush Aayog.
We Save Indian Family Foundation thanks him for taking this issue to parliament. #PurushAayog #malevotebank pic.twitter.com/tk2cNd0NmQ

"Men also suffer at the hands of their wives. There are a number of such cases pending before the courts. There are laws and forums for women to ensure that they get justice, but the concerns of men have so far gone unheard. There is a need for a commission for men on the lines of the National Commission for Women," MP Rajhbar told the media in New Delhi.

"I am not saying every woman is wrong or every man is wrong. There are people belonging to both the genders that inflict atrocities on the other. So, there should be a ‘front' to deal with the issues of the menfolk. I have raised the matter in Parliament too," he added.

One of the major demands of the lawmakers is to amend the Section 498A of the Indian Penal Code to prevent its misuse. The law deals with cruelty to women, including harassment for dowry, by husbands and relatives of husbands. The lawmakers feel that the provision has become a major pretext to harass grooms and their families.