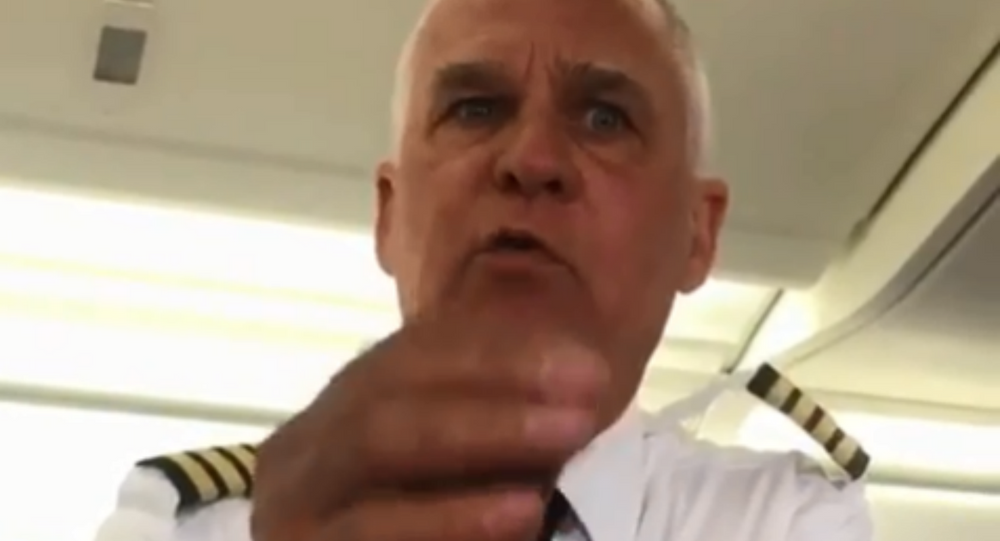 American singer Tamar Braxton found herself between a rock and a hard place Saturday when a Delta Airlines pilot lectured her about following instructions from a flight attendant.

Footage of the incident was posted on Instagram by Braxton's sister, Towanda. The post includes the caption: "@tamarbraxton got ridiculed by a pilot for flying while black on Delta. Wow! I guess being a diamond and double million miler don't matter… @delta Shame on you… #WhyArePeopleSoMad #flyingwhileblack #smh"

The video begins when pilot has already started to speak with Tamar.

@tamarbraxton got ridiculed by a pilot for flying while black on Delta. Wow! I guess being a diamond and double million miler don’t matter… @delta Shame on you… #WhyArePeopleSoMad #flyingwhileblack #smh

​"Here's how this works," the pilot tells Tamar. "My flight attendants work for me. They give orders that come from me. So if you get an instruction from a flight attendant, I need to know that you are willing and able to do what you're told to do."

"Are you willing and able to do what you're told to do by a flight attendant? Don't ask me any questions. Answer yes or no," he added. Following a quick yes from Tamar, the pilot walks away despite her attempts to continue the conversation.

Both Tamar and Towanda can later be heard discussing whether or not to cut their losses and get off the plane. "Tamar, we should get out of this plane," Towanda says, before noting that they were just starting to get settled on the jet.

Although the video fails to show what happened earlier in the confrontation, Page Six reported that the Braxton group had been exhibiting "unusual behavior," which is what prompted the pilot to intervene. According to the website, Tamar and company sparked safety concerns after they tried to deplane while leaving their luggage onboard.

"It's crucial for the safety of every flight for customers to be willing and able to follow crew instructions," Delta told Page Six in a statement Tuesday. "When these customers exhibited some unusual behavior and refused to acknowledge our flight crew's instructions, the captain addressed them directly to ensure the safety and security of the entire flight."

Prior to the recent statement from the airline, a representative on Twitter responded to Towanda's Saturday remarks, saying, "[O]ur employees reflect our culture of treating all people with dignity and respect, and if we aren't doing that, we aren't doing our job."

A Delta representative told Sputnik Monday that the airline is in contact with the Braxton family.

Both Tamar and Towanda first dipped their toes into the music industry in the early 1990s as founding members of R&B group The Braxtons, which later saw a hiatus after fellow sister Toni Braxton launched her solo career. All the sisters, including Traci, Trina and their mother, Evelyn, launched a WE TV reality show entitled "Braxton Family Values" in 2011. The show is currently on a pause pending contract renegotiations.