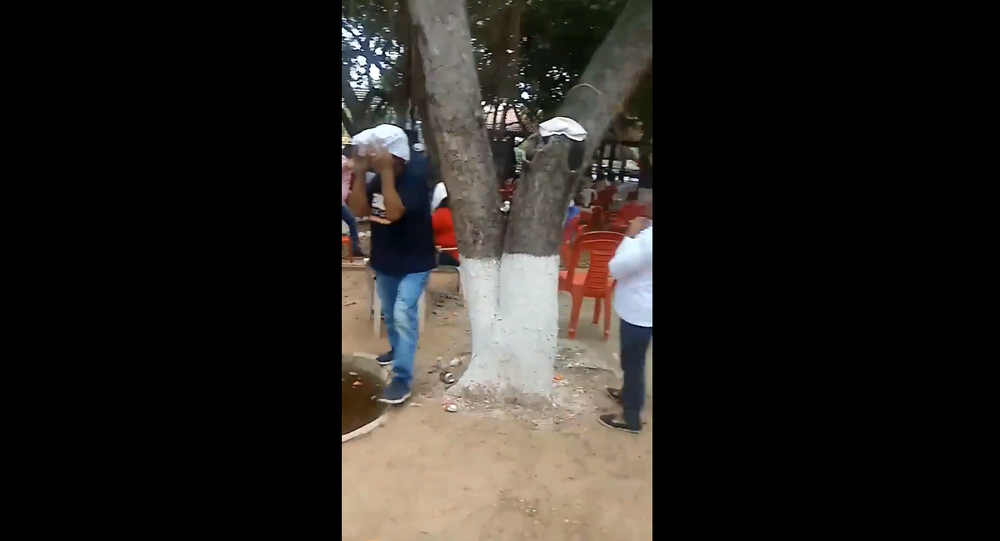 On Saturday, at least 60 people were injured after being attacked by killer bees during a political rally for Colombian presidential candidate Ivan Duque.

The incident took place in the small town of La Loma in the north-central part of Colombia. Duque, candidate for the Democratic Center Party, was not present at the event. Instead, former Colombian President Alvaro Uribe, who served from 2002 to 2010, was at the rally to represent him.

​"There was a bee attack on a crowd that was at a political rally," Nicolas Mohrez, health secretary for Colombia's Cesar Province, announced last weekend, according to Colombia Reports.

Mohrez noted that the regional health clinic "almost collapsed due to the influx of people. More than 60 people were affected, one way or another. It began to collapse."

Video footage recently released by El Heraldo, a regional newspaper based in the city of Barranquilla, Colombia, shows people covering their heads and running away from the angry, stinging flying insects.

At least 15 people were seriously injured by the bees and had to be hospitalized. The political rally was also canceled as a result.

​On Saturday, Uribe expressed his gratitude to the medical personnel who helped treat the victims of the attack.

"Thanks to the great medical team and nurses, joint public hospitals private clinics, patients with bee stings are recovering," he wrote on Twitter in Spanish.

According to local media, the bees native to the region may have been agitated after two helicopters landed in the area and disrupted its usual quiet.

However, some conservatives, including right-wing Colombian Senator Fernando Araujo, claim that the bees were launched by FARC, Colombia's left-wing rebels and one of the world's richest guerrilla armies, in an effort to jeopardize the rally.