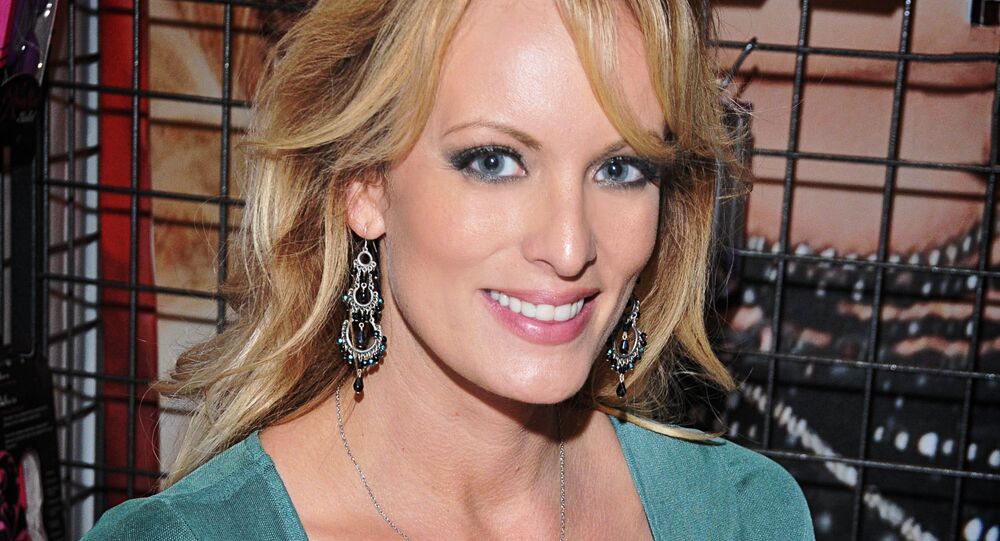 As the popular adult film star Stormy Daniels is hitting the twilight of her career at 39, she has found a new way to make substantial earnings. She has licensed her image to a sex robot company, Realdoll.

Stormy hit the headlines when she revealed an alleged affair with the US president in 2006 and was barred from talking about it by Trump’s lawyers. Weeks before the election two years ago, she reportedly took $130,000 from Trump's lawyer Michael Cohen not to say anything.

© AP Photo / Matt Sayles
Stormy Daniels' Lawyer Says Cohen Should Release Trump Audio Recordings to Congress
The US president doesn't deny paying the money, but he denies having the affair.

Now the blonde bombshell has made a deal with a California-based tech company Realdoll to create a sex doll in her image, publication the Daily Star reported.

The company founded by Matt McMullen, Realbotix, is a subsidiary of Realdoll, which is one of the world’s leading manufacturers of talking AI sex robots whose distinctive personalities are designed to evolve over time.

Daniels has about 150 movies to her credit, and she's a member of three pornography halls of fame. She joined the Adult Video News hall in 2014 alongside a star called Mr. Pete.