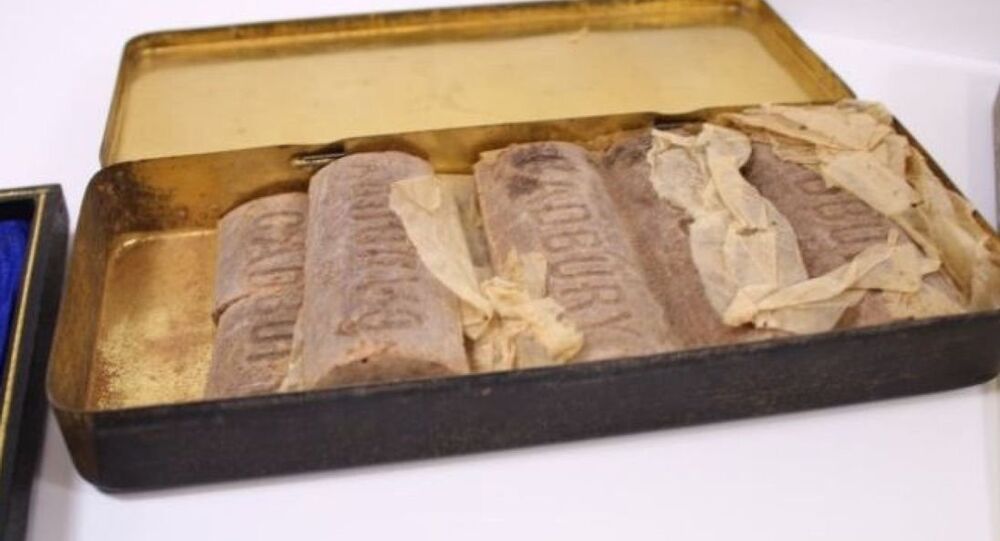 The chocolate is to be auctioned off along with other valuable items found in the collection.

A World War I veteran's chocolate bars were recently discovered in an old tin belonging to the soldier, media reported.

The chocolate, said to be 103 years old, was found along with other items like medals, letters and cigarettes in the collection of Leicestershire Regiment soldier Richard Bullimore. Only one of the ten bars was eaten.

#news 103-year-old #chocolate bars were discovered in a tin box that belonged to a World War I #soldier.
The tin, containing chocolate belonged to a Leicestershire Regiment soldier called Richard Bullimore. Troops serving in #France were sent chocolate for Christmas. @CadburyUK pic.twitter.com/tU9jU1ATSj

The entire collection is now to be auctioned off by the Eddisons CJM auctioning company.

READ MORE: The chocolate is to be auctioned off along with other valuable items found in the collection.

"The tin was made by Barringer Wallis & Manners of Mansfield, one of the world's leading manufacturers of decorative tinwear," Paul Cooper, a company spokesman said, cited by Sky News.

"Even the container is rare but to find the chocolate still inside is just unreal," he added.

The chocolate, made by Cadbury, was reportedly supplied to troops deployed in France during the first Christmas of the World War I.