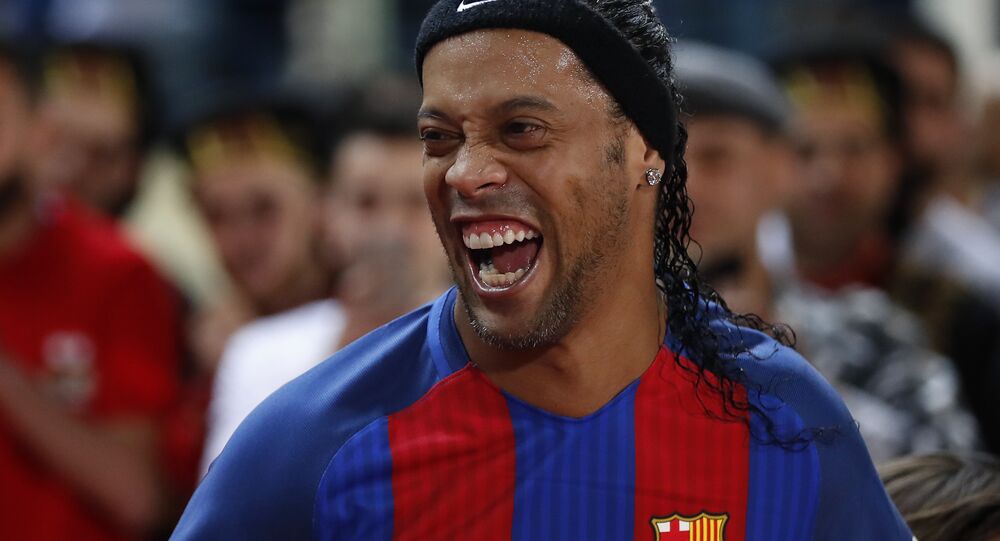 Brazilian football legend Ronaldinho cleared the air Thursday, saying he is “not getting married,” despite recent reports alleging his intention to marry both Priscilla Coelho and Beatriz Souza in a private August wedding ceremony.

Those hoping to see Ronaldinho's two girlfriends assume the title of "sister wives" will have to wait a little longer; the 38-year-old laughed off the idea of marriage during a Globo Esporte interview.

Though the rumor originally appeared in the Brazilian newspaper O Dia, it gained exponential exposure after the UK's Mirror picked it up and revealed the two girlfriends in question.

Barcelona legend Ronaldinho 'to marry two women at the same' time after living with pair since December https://t.co/oM42Lnfsuo pic.twitter.com/WRWa8HRg6E

According to various reports in Brazil, Ronaldinho began dating Souza in 2016 while still involved with Coelho.

Well aware of each other, the Mirror says the two are rumored to receive a weekly "allowance" of £1,500 and live "harmoniously" together as a trio in the 38-year-old's Rio de Janeiro mansion.

Not unusual enough for you? Sources close to the lovers say Ronaldinho, who is no stranger to discussing practices of polyamory, buys gifts for the women in pairs so neither feels left out. Though unconfirmed, it's even said by Brazilian columnist Leo Dias that the women received matching engagement rings as part of the footballer's alleged January 2017 proposal.

With plans to step away from football in January 2019, one can imagine Ronaldinho's personal life will be more than enough to keep the retiree busy. Additionally, while polygamy is prohibited in Ronaldinho's country and could land one in a Brazilian prison for six years, individuals in similar relationships have been known to opt for civil unions, which are not recognized as marriages in Brazil.