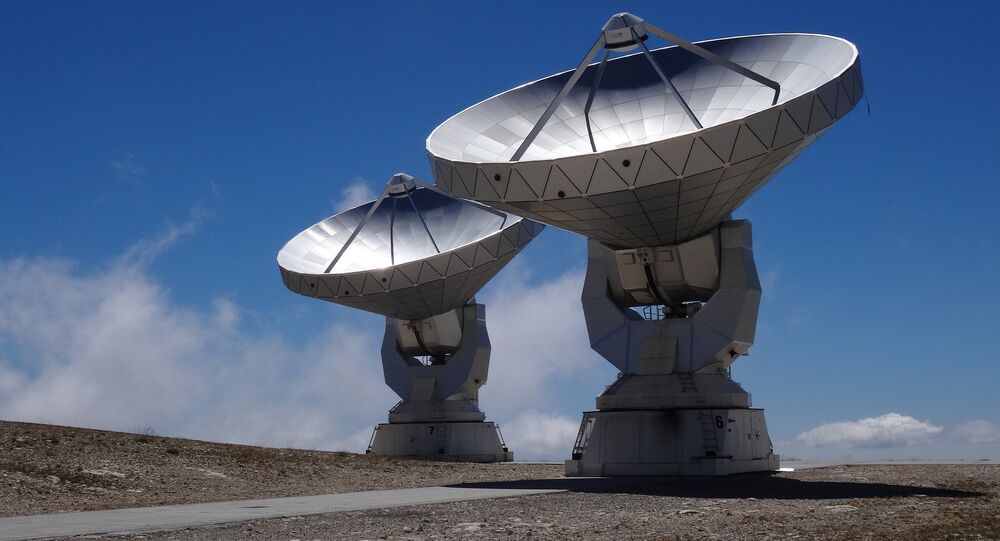 The causes of the so-called "fast radio bursts" have long remained unknown and have been subject to much speculation.

Chinese astronomers from Nanjing University have found a new explanation for the mysterious fast radio bursts, in which a huge amount of energy is emitted into space in a few milliseconds, according to Science Alert.

One of the hypotheses suggests that this astrophysical phenomenon is related to the activities of extraterrestrial civilizations.

However, according to Chinese astrophysicists, the outbreaks are associated with the formation of crusts around the so called "strange stars."

A model developed by the scientists suggests that the collapse of these crusts results in high-energy bursts that can be seen light-years away.

The phenomenon was first discovered in 2007. Its exact origin has been the subject of vivid debates. Some researchers have argued that it was a result of a merge of neutron stars, while others have assumed that it appeared when massive pulsars turned into black holes.