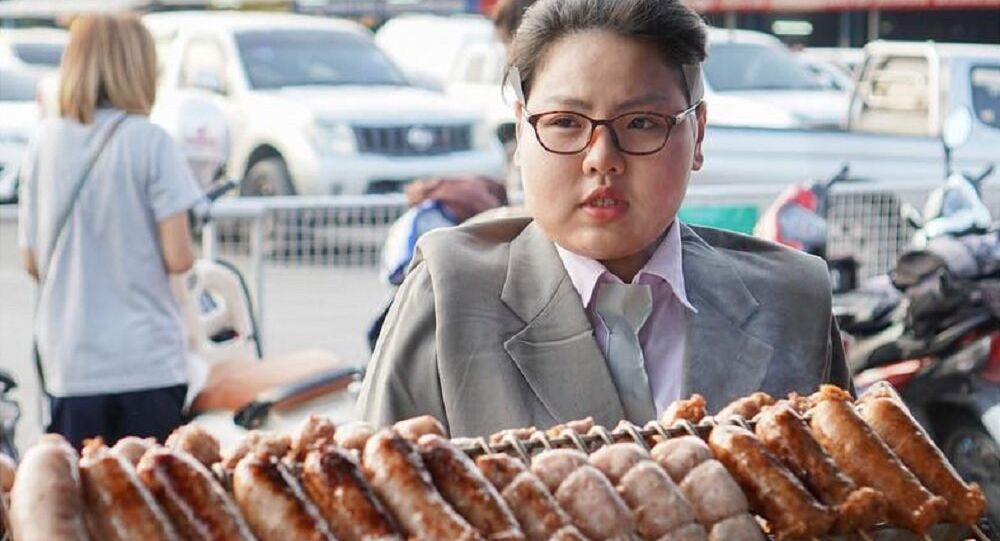 Plus-size model and blogger from Thailand Sine Benjaphorn has an amazing sense of humor, as she has come up with a hilarious way to delight her social media fans. The girl has combined fashion and food in an unusual way.

Sine Benjaphorn, 22, from the city of Ratchaburi recreates stylish the outfits of various celebrities by making them from improvised materials: most often using food.

The girl has admitted that she loves clothes a lot, but she enjoys eating too, so she combined two of her passions.

In one look, Sine transformed herself into DPRK’s leader Kim Jong-un. Her photo generated thousands of likes.

One of her most popular looks was a gown made out of salad leaves. Instead of a handbag, the blogger used a small saucepan. The photo was “liked” by almost 12,000 people.

Sine gets help from her mother and aunt to make the creative dresses, and one remarkable yellow dress took over 30kg of jackfruit to create.

Her sense of humor and creativity has gotten her over 51,000 followers on Instagram.

“I would really like to try and recreate a Disney Princess,” she told Bored Panda in an interview. “Snow Bite maybe? Coke-a-hontas? Citronella? Watch this space!”

In some photos, the costumes created by Sine look even better than the original outfits.

All the food products that the girl uses for photo shoots she then eats together with her relatives.