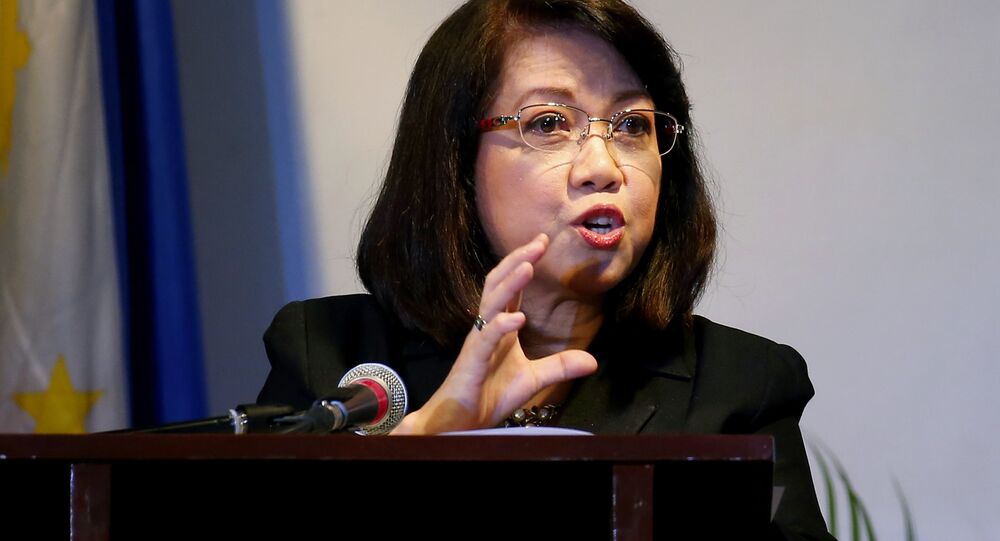 The Philippine Supreme Court has removed its top judge - a longtime critic of the country’s President Rodrigo Duterte - as Manila’s increasingly belligerent leader moves to consolidates power in all branches of government.

Following demands from the executive branch, Manila's Supreme Court voted Friday to remove the nation's top judge — appointed by the previous administration — labeled an "enemy" by Duterte after consistently voting against the president's policies, including the use of torture and mass killing to stem the country's rampant drug trade.

The ouster of the country's first woman chief justice, Maria Lourdes Sereno, is seen by opposition political parties in the country as the elimination of a final shield against government corruption and human rights abuses, leaving only a "puppet Supreme Court" that acts at the behest of the autocratic Duterte.

Alleging violations in the process that saw Sereno appointed to the top spot in 2013, Manila's Supreme Court appeared to rubber stamp a petition from Duterte's administration seeking her removal, according to Reuters.

Sereno was given 10 days by the remaining top judges to explain away vaguely-worded allegations including "casting aspersions and ill-motive to the members of the Supreme Court."

The former top judge has consistently denied any wrongdoing.

"It is a sad day," said Jojo Lacanilao, Sereno's spokesperson, who suggested that she may appeal the decision, although most observers note that as Duterte's control tightents, the likelihood of a fair hearing is slim.

Following the move, Sereno released a statement urging Filipinos to "defend the constitution and fight wrongdoing," cited by The Guardian.

"Let's continue to spread the message of democracy and reason," she said.

Local reports state that the situation in Manila is calm following statements issued by both Duterte's lawyer and a government spokesperson asking the public to recognize and accept Sereno's ouster without protest.

Manila political opposition politicians were quick to denounce the top judge's removal, with Philippines Senator Risa Hontiveros decrying it as "a direct stab to the heart of our constitution."

Hontiveros' Akbayan party released a statement declaring that the nation was now a "heartbeat away" from the death of democracy.

With "a lapdog Congress and a seriously wounded Senate, we now have a puppet Supreme Court," noted the statement.

Sereno has consistently voted against Duterte's more dictatorial proposals, including extensions of martial law in the country's southern regions, and has been vocally critical of the authoritarian ‘strongman' approach of Duterte to the presidency.