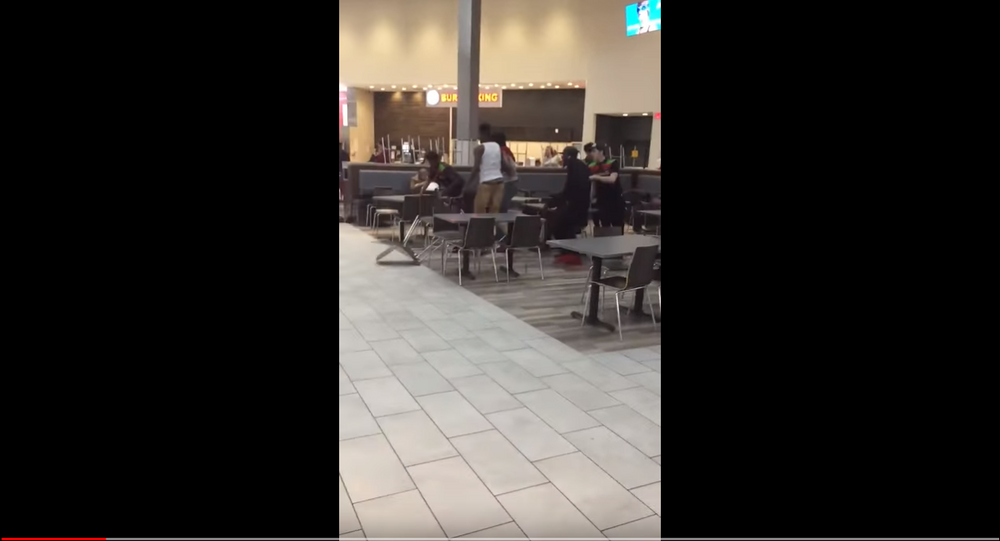 On Sunday night, one person was arrested for disorderly conduct and another booked on two counts of assault after a fight involving around 20 people broke out at Arundel Mills Mall in Hanover, Maryland.

According to Anne Arundel County police officials who received a call around 7 p.m. Sunday evening from mall security, a fight broke out after Nykeisha Jamiel Jones, 23, of Glen Burnie, Maryland, complained about her order at the Burger King in the mall's food court. Another person, identified as Rashdee Eric Mumuni, 20, of Baltimore, allegedly picked up a chair during the altercation and threatened to throw it at a Burger King employee.

It is unclear what the relationship between Jones and Mumuni is and what caused them to attack the food court employees. Video footage of the incident by a witness was posted on YouTube April 29, although it does not capture the whole episode.

The police report states that Mumani was shirtless and yelling racial slurs at security officers while Jones was "wildly" swinging and chasing someone. The fight eventually escalated to include other people, although this was not caught on camera, CBS Baltimore reported.

​According to mall security director David Kellogg, who was at the scene of the incident, Jones swung her fist at him and kicked him when he tried to stop her from chasing another mall-goer. Kellogg then pushed her to the floor and tried to handcuff her, but released her after Jones' friends surrounded him in a "hostile" manner.

Kellogg also told police officials that Jones spit on another mall security officer, who eventually managed to arrest her and walk her to the security office to wait for police to arrive. It is unclear how Mumani, who was issued a citation for disorderly conduct, was subdued by police. Jones was arrested and charged with two counts of second-degree assault.

The Capital Gazette reported that Jones had an attorney listed as representing her in court records, although neither Mumuni nor Jones could be reached for comment.

Use Your Fist: Siberian Clubbers Mark the New Year With Mass Brawl (VIDEO)