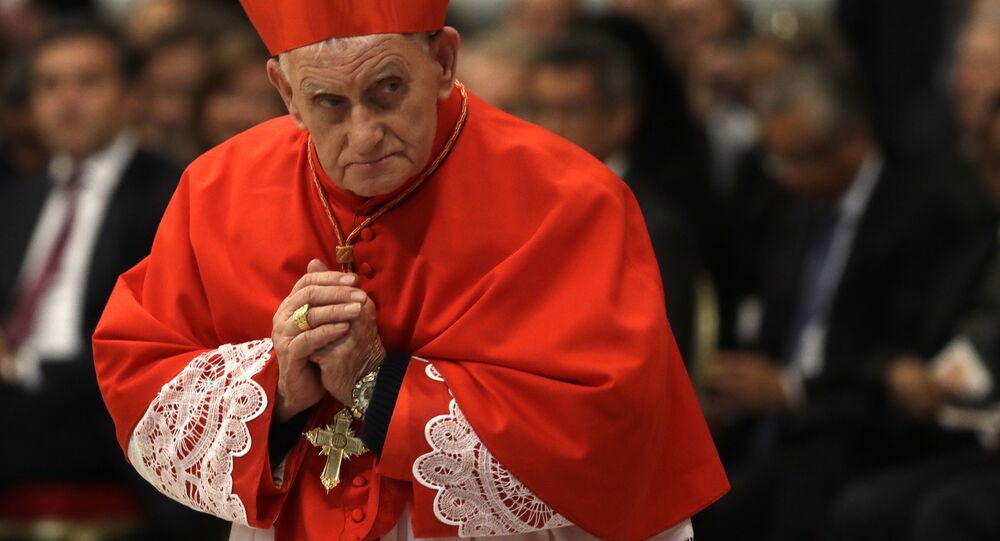 The miracles of technology have allowed many to work on remote bases - including Catholic exorcists.

“There are priests who carry out exorcisms on their mobile phones. That’s possible thanks to Jesus,” he said.

The 89 year-old Simoni has performed exorcisms for years reciting prayers in Latin. Speaking at the Vatican’s annual exorcist training conference in Rome, the Cardinal said that, “They call me and we speak, and that’s how I do it.”

However, according to some, the practice was not sensible as people who are possessed often struggle violently and have to be restrained during exorcisms.

According to Professor Giuseppe Ferrari, “Priests pray with people on the phone to calm them down, but if you are not there you cannot control the physical aspects. Some exorcists say it is effective. Whether it is orthodox or correct, I couldn’t say.”

There has been a higher demand for exorcism in Italy of late and British priest Anthony Barratt, based in New York blames the Internet for the spike.

“Demand is growing, absolutely,” Father Barratt told the Telegraph. “I think it is partly due to the Internet, which makes it [Satanism] so accessible. Films and television programs are also a factor. There’s a fascination.”