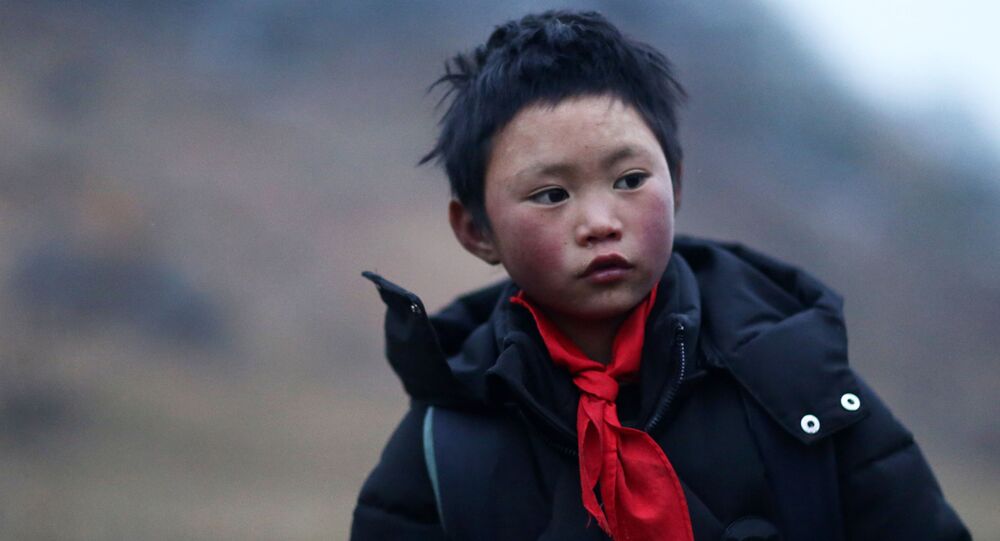 Wang Fuman, eight, came into the media spotlight in January after a teacher shared a photo of him with his hair, eyebrows and eyelashes coated in ice after he arrived at school on a freezing winter’s day.

China’s “Ice Boy,” was welcomed to join a private school last week, after his photo touched the hearts of thousands on social media.

One principal of a private school extended an invitation to the boy, Wang Fuman, and he was enrolled at the Xinhua School in Zhaotong in southwestern Yunnan province.

​His enrollment at the Xinhua School, although a distance from his home, meant he could skip the daily commute and board at the school.

However, just after a week the boy’s father was asked to come and take his son away from the school. The principal said that the school could not cope with the intense extra scrutiny from the authorities and pressure from the media.

“I’m illiterate and I don’t understand why this school has kicked us out,” a frustrated Wang told the South China Morning Post on Wednesday.

“The teachers taught better than those at Zhuanshanbao Primary School. Pupils don’t talk in class and everyone is focused on studying,” he said.

He went on to say that because he lived there and didn’t need to walk a long way to get to school, it was very convenient and food at this private school was much better also.

“I ate better, too. Unlike at home, when my granny is busy, my sister and I need to find food for ourselves… because we don’t know how to cook, we just boil potatoes, but at Xinhua School I ate so many different things,” Fuman said.

© AP Photo / Xinhua, Jiao Hongtao
Smart Bullet: China Eyeing Next-Gen Trains for Speedy International Journeys
The headmaster identified as Yang said that he took in the boy because he wanted to help and do good but the media attention and authorities’ scrutiny brought too much trouble.

“At first, I didn’t know… but later, I found out that Fuman had been identified by the Ministry of Education as a key figure to be helped in the government’s poverty alleviation efforts. There are very few such pupils in the whole Yunnan province,” Yang said.

“As a result, during these days of having him in my school, we received numerous requests from various levels of government departments to inspect us. Many media outlets also insisted on interviewing us. It was impossible for me to reject many of these requests.”

Yang said he still wanted to help the boy, but preferred to do so in a low-profile manner. He said he gave Fuman’s father 15,000 yuan ($2,340) and offered to help the family with anything in the future.