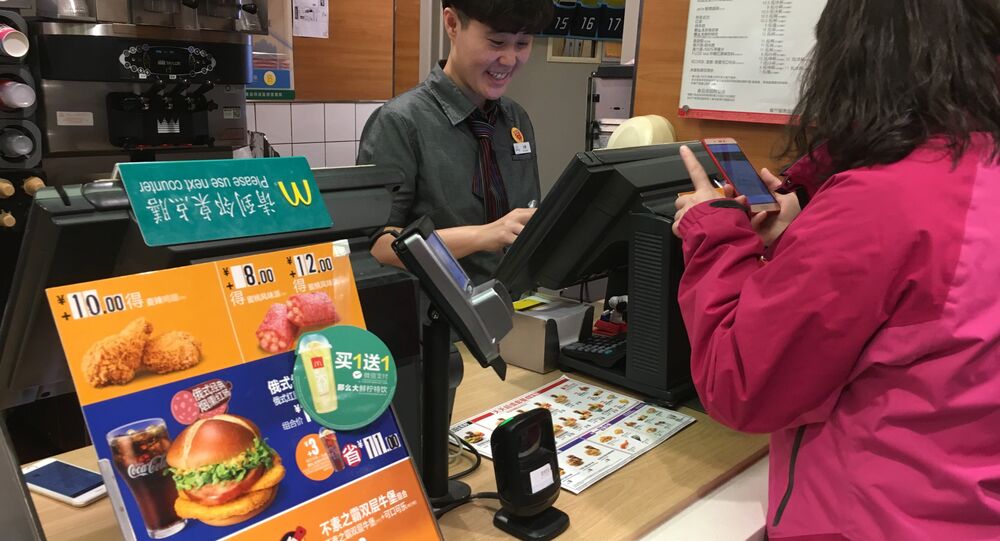 The fast-food chain has added new burger to its menu in China as part of a renewal that includes national specialties. The key ingredient in the Russian "representative" is a smoked sausage, known in its home country as "kolbasa."

The Chinese branch of McDonald's has recently added a "Russia Burger" to its new menu, spiced up with some pieces of national cuisines from around the world, and it caught the attention of customers from the very first day, reports Sputnik China. The key ingredient of new item is a 7mm thick piece of Russian smoked sausage, which is also known as "kolbasa."

"We have introduced the new menu just recently. If you visit us during lunch time, you will see that demand for the combo of "Russia burger" and a drink is rather high. Our customers like it," one restaurant employee told Sputnik.

Russian "kolbasa" is a widely known product among Chinese, as it was brought there at the beginning of the 20th century by a company established by a Russian trader from Siberia, Ivan Churin. A sausage factory was later founded in the town of Harbin and since then, when Chinese speak about Russian "kolbasa," they usually mean the one produced by the still existing brand of the "Churin" factory.

Users on the Chinese social network Weibo have noticed the striking resemblance of the taste of the "Russia burger" to "Churin's" kolbasa:

"This is so cool that McDonald's decided to introduce "Russia" burger. Kolbasa from Harbin — is a Russian one," one Weibo user said.

"The new "Russia" burger in McDonald's is quite something. There is kolbasa on the top layer and two chicken fillets below it. It's rather filling," another one added.