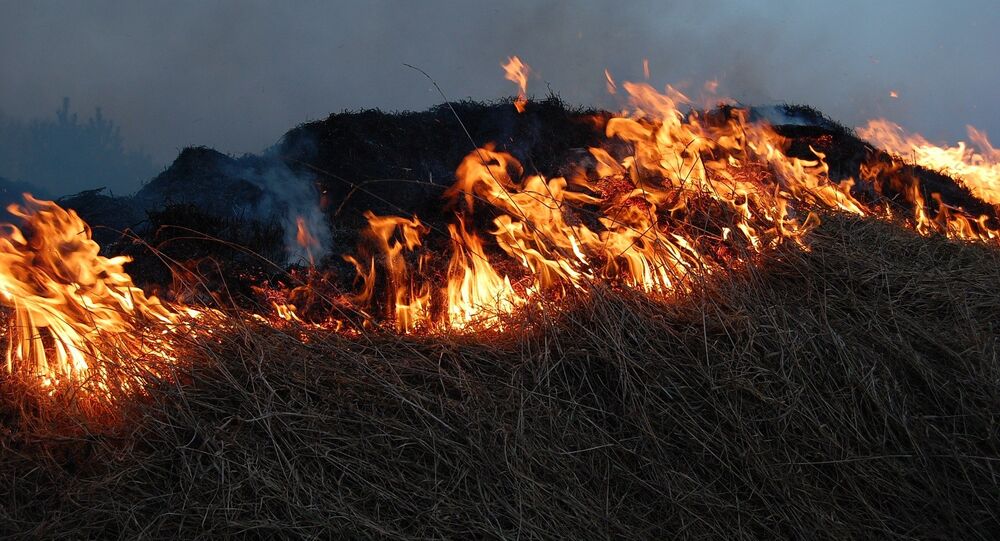 This is not your average ‘selfie,’ as two Chinese men make an unusual photo shoot in a field, by setting fire to it.

The actions of two 30 year-old men have been criticized by fire services and police, after they shared photos of deliberately setting a field ablaze and posing for photos.

The photos, posted on Weibo, popular Chinese social media, showed the pair jumping in the air as the field around them burned.

The man, who did not give his real name but said he was from Suzhou in Anhui province, captioned the photos with “Went up the mountain to start a fire. We are two 30-year-old men,” the South China Morning Post reported.

​Some of the photos showed the two friends burning straw and stoking the fire using dried branches.

© AP Photo / Charlie Riedel
China Cracks Down on Cultural Custom of Stripper Entertainment at Funerals
These images were noticed by local authorities and the message was shared by China’s fire service saying, “[You’re] already 30 years old. Don’t you know starting fires is illegal?”

Many Weibo users raised concern over their actions, saying that it is a form of environmental pollution and these two men were destroying it.

It is unclear if the police will investigate the incident and identity of the two culprits, but the man who posted the pictures deleted his account on Weibo the next day.

Starting a fire in areas that can affect public safety can lead to a  jail term of three to ten years in China.