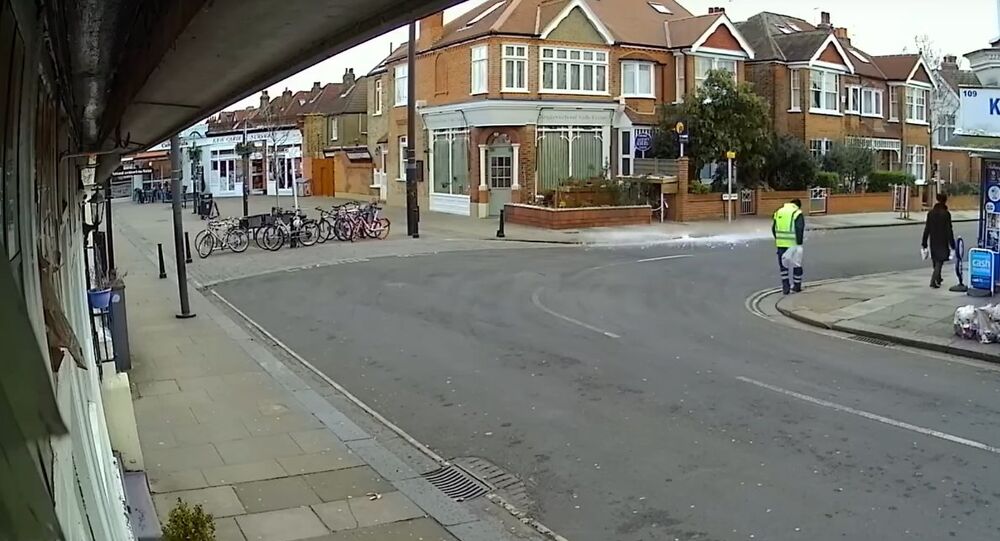 This is what can happen to you when your job is a street cleaner who is tasked with working under the busy Heathrow flight path in west London's Kew district.

An ice block has fallen from the sky on a London street, almost hitting the people standing nearby, according to The Independent.

The incident was caught by a CCTV camera, with the video showing a street cleaner named Serhiy Myeshkov and several other people. When a piece of ice falls on the ground, the surprised janitor jumps aside.

"I was sweeping on the other side of the road, then heard a loud boom. A piece of ice, maybe 10kg big, fell from either a plane or from the sky. It all happened very quickly. I wasn't scared, but it could kill you. I feel lucky." Myeshkov said.

The incident took place as Myeshkov worked in the Kew suburban district in west London, under the busy Heathrow flight path.

Some have suggested that the ice block could have fallen from a plane flying nearby, while local civil aviation authorities insisted that this particular case could be caused by a meteorological phenomenon.

It's Raining Rubies: Scientists Find Planet Where Gemstones Fall From the Sky