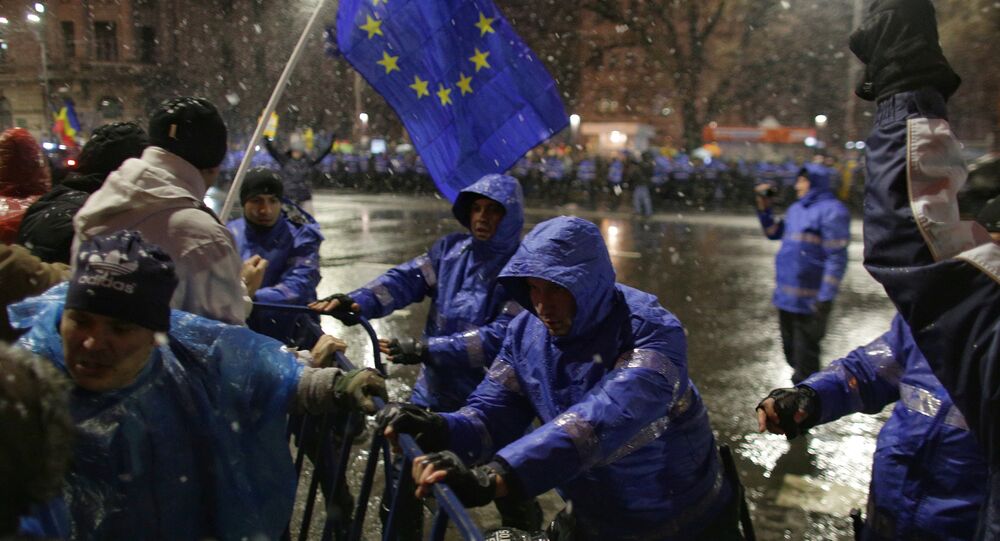 In ongoing protests against corruption in Romania, tens of thousands marched in heavy snow in the capital city of Bucharest as the government guts judicial impartiality and sees the appointment of its third prime minister in just one year.

© AP Photo / Darko Vojinovic
Romania Loses Its Second Prime Minister in Less Than a Year
As the ruling Social Democrats (PSD) party makes wide-ranging cuts to the independence of justices in Romania, at least 50,000 people gathered around the parliament building in Bucharest, calling out: "Thieves!" while many thousands more marched in towns around the eastern European country.

A legislative majority currently enjoyed by the PSD and coalition partners Alliance of Liberals and Democrats (ALDE) forced a critical alteration of the country's judicial system through parliament in late 2017, although the European Commission, the US State Department, and thousands of magistrates in the nation heavily criticized the move.

The new bills, quickly forced through the legislative process, are reported to weaken the independence of judges in the country and support a legal gambit that will enable existing political parties to stay in power.

"I came out today because I have two little boys and they deserve a better life in this European country," said one 34-year-old woman, adding, "I honestly don't think we will manage to overturn the judicial bills, but we need to try," cited by Reuters.

Unpopular modifications to the judicial system include altering the criminal code to favor decriminalising some forms of corruption, a move lawmakers will debate after parliament returns to work in February.

An early 2017 PSD move to decriminalize corruption offences saw the largest street protests in Romania since the fall of the former Soviet Union in 1989.

"This is a last-ditch attempt before leaving the country," one marcher asserted, adding, "the year 2018 will be decisive," cited by Reuters.