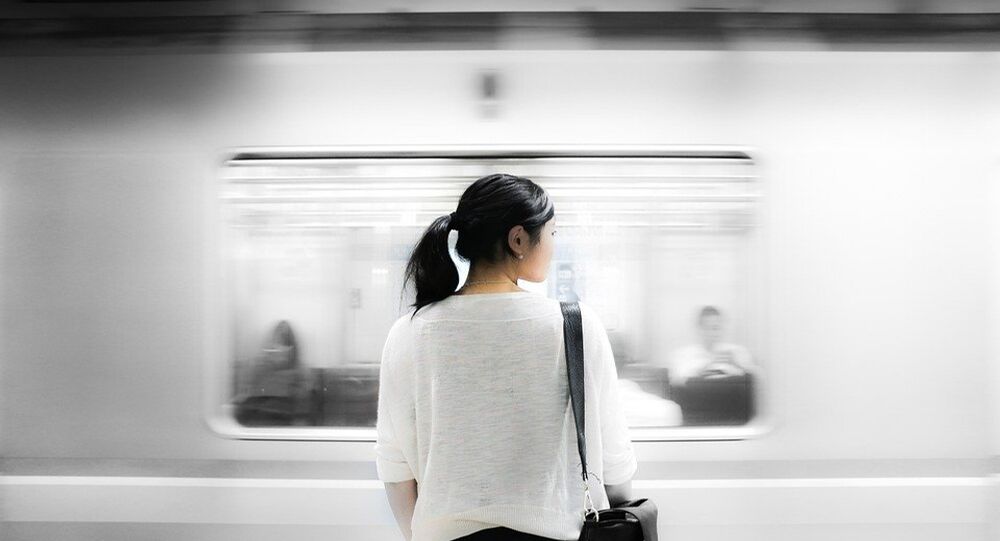 On Tuesday, it was announced that Andrew Creighton and Mike Germano, Vice Media's president and chief digital officer, respectively, were suspended after a report from the New York Times shed light on sexual harassment allegations involving the two senior executives.

According to an internal memo to staff from Sarah Broderick, the outlet's chief operating officer and chief financial officer, Creighton and Germano have been put on leave while investigators look into the allegations against the two men.

The Times' December 23 article revealed four settlements that involved employees at the millennial-focused publication. Among them was a hefty $135,000 settlement reached between Creighton and a former employee in 2016 who alleged that she was fired from the company after she'd rejected a relationship with him, the Times revealed.

© CC0
#Men Too! Both Genders 'Equally Prone' to Sexual Harassment

This incident, however, was "found to lack merit" when it was initially investigated, according to Broderick's memo. The statement to staff later indicated that "the company agreed to settle the matter in order to avoid the expense and distraction of litigation."

A special committee at Vice is now reviewing the allegations for a second time.

"In the meantime, Andrew has suggested, and we agree, that he remain out of the office on leave until the recommendation from the committee is made to Sr. management," Broderick wrote.

As for Germano, who is also the founder and CEO of digital ad agency Carrot Creative, he reportedly told a former employee at a holiday party in 2012 that he did not want to hire her "because he wanted to have sex with her." A second incident involving Germano noted that he'd pulled another employee "onto his lap" at a company event in 2014, the Times investigation revealed.

Unlike Creighton, who is being investigated by a special committee on Vice's board, Germano will be investigated by Vice's HR team with the help of an external investigator, Variety reported.

"[This is] a process that [Germano] has encouraged, and [he] will be on leave until the investigation is concluded," the memo reads.

Two dozen incidences in which women either experienced or witnessed sexual misconduct, which included unwanted kisses, groping, sexual propositions or lewd remarks, were uncovered at the company, according to the Times article.

Creighton and Germano were the only two Vice employees that were accused of misconduct in the Times article that had not yet been either dismissed from the company or suspended.

Vice suspended Jason Mojica, the former head of Vice News, in November and fired Rhys James, a Vice producer, in December over misconduct allegations. They were both named in the Times article.

James was suspended in late November after a $24,000 settlement was reached with an employee who claimed she'd been the victim of sexual harassment, racial and gender discrimination and bullying. Mojica, who had "among other allegations" retaliated against an employee who he'd had sexual relations with, was fired in December after Vice reached an undisclosed settlement with his accuser.

The fourth settlement mentioned in the report dated back to 2003 and involved claims that Vice defamed a female writer after stating that she'd slept with a rapper to get an interview.

Vice has since issued mandatory sexual harassment training for all full-time employees and freelancers, Variety reported.

In response to the investigation being launched against Creighton and Germano, a statement from Vice workers in the UK called for a independent investigation on the allegations, and a renewed effort "to diversify hiring and support and retain existing employees from minority backgrounds."

© Flickr / Unsplash / 9029 images
Every Third American Woman Faces Sexual Harassment - Poll
"At the top, VICE is extremely white and male," the statement reads. "This is no good in any company but is especially poor when we are reporting on stories that are supposed to be of interest to millions. We believe that this would also prevent VICE's content from having the tone of the ‘boys club' that the company desperately needs to move away from."

The demands also included that worker be given a seat on the Diversity and Inclusion Advisory Board with the goal "to have the trust and respect for all of Vice's employees."

But most importantly, the statement called for the immediate suspension of alleged harassers — including Creighton.

"Mere words and promises are not enough if VICE is to convince contributors, partners, freelancers and most importantly the women in its employ that the company is changing," it stated. "Andrew Creighton is still the President of VICE despite the revelation of a large payoff to a former employee who claimed she was fired after rejecting an intimate relationship with him. This is deeply troubling and we are unsure how he is being allowed to remain at the top of the company."

The latest revelations come as top media personalities continue to be exposed for sexual misconduct. Creighton and Germano join the likes of Bill O'Reilly, Matt Lauer, Charlie Rose and others linked to sexual harassment allegations.