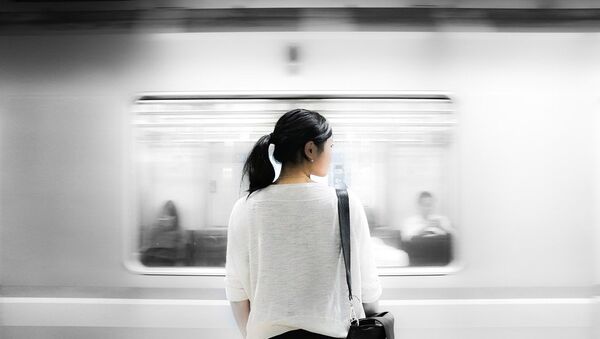 The survey made by Quinnipiac University comes amid an avalanche of sexual harassment scandals in the United States that have hit members of Congress, political candidates and leading media personalities, creating a media frenzy as the nation contemplates social norms that until recently allowed powerful men to target women with impunity.

WASHINGTON (Sputnik) — According to a poll revealed on Tuesday, sixty percent of American women say they have been sexually harassed at work, in social settings, on the street or in their homes.

Charlie Rose Dumped by CBS and PBS Over Sexual Misconduct Allegations
In addition, the poll revealed that overwhelming and nearly identical percentage of Americans, both male (88 percent) and female (89 percent), consider sexual harassment of women a "serious problem" in the United States.

A slight gender gap emerged when survey participants were asked whether men could also be victimized by unwanted sexual overtures.

Fifty-six percent of men and 62 percent of women also said they considered sexual harassment of men a serious problem, according to the poll.