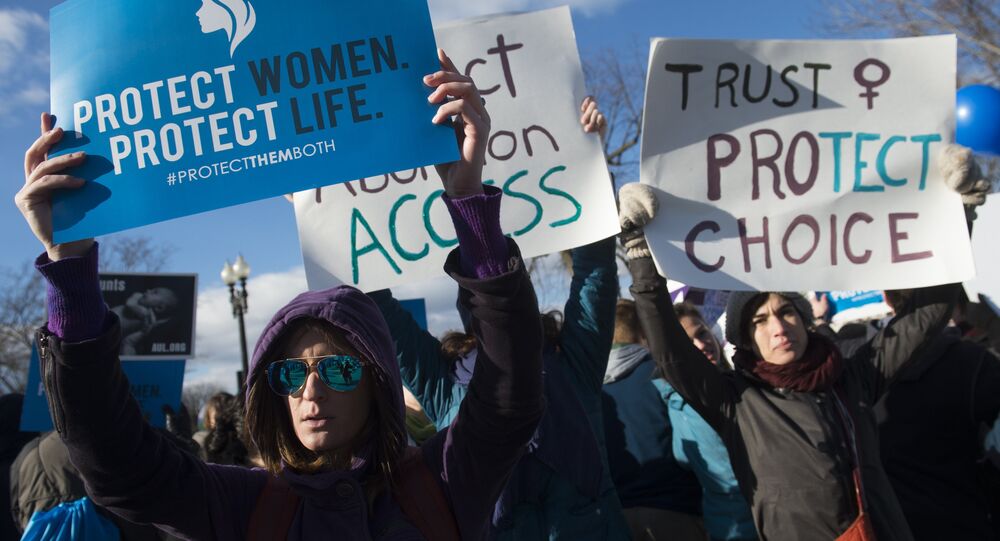 In January, anti-abortion Republican US Representative Tim Murphy of Pennsylvania told his mistress to get an abortion during a pregnancy scare.

The Pittsburgh Post-Gazette obtained a text message exchange between Murphy and Shannon Edwards, a forensic psychologist in Pittsburgh with whom the congressman admitted last month to having had an extramarital affair. The affair between Murphy and Edwards was publicly revealed when Edwards' husband filed for divorce in July 2016.

The damning text message came to Murphy from Edwards on January 25 and reads: "[you had] zero issue posting your pro-life stance all over the place when you had no issue asking me to abort our unborn child last week when we thought that was one of the options."

A text message from Murphy's cell phone number responded the same day: "I get what you say about my March for life messages. I've never written them. Staff does them. I read them and winced. I told staff don't write any more. I will."

​​The congressman, who was elected in 2002, is a member of the House Pro-Life Caucus and has been praised by the Family Research Council, a nonprofit, conservative Christian group that condemns abortion.

In addition, Murphy is a co-sponsor of a bill passed on Tuesday by the US House of Representatives that bans abortion after 20 weeks of pregnancy. According to the bill, offenders could face the possibility of a fine, up to five years in prison, or both.

Many pro-abortion groups are criticizing the bill, including the Center for Reproductive Rights. Amy Friedrich-Karnik, a senior federal policy adviser at the center, called the bill a "direct attack on women's autonomy," the LA Times reported. "Every woman faces her own unique circumstances in a pregnancy, her own unique challenges and potential complications."