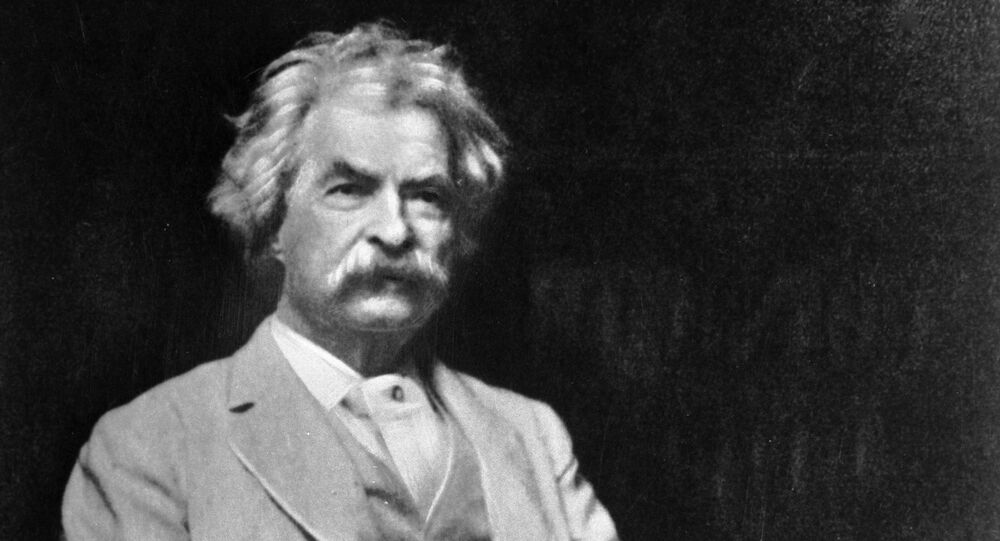 The Livadia Palace museum in Crimea received a rare and unique artifact – the text of an address to Emperor Alexander II, written by Mark Twain 150 years ago.

On Saturday, August 26, Russian MP Svetlana Savchenko presented the Livadia Palace museum with an original draft of a speech addressed to Emperor Alexander II, written by none other than the famous American writer Mark Twain during his visit to Crimea in 1867.

Despite the fact that the address was signed by several people, RIA Novosti points out that the authorship of this document is often attributed to one of them: Samuel Clemens, better known as Mark Twain.

© Sputnik / Maks Vetrov
Sanctions or Not, Crimea Wants to Be Part of Bigger World Together With Russia

“America owes much to Russia; is indebted to her in many ways; and chiefly for her unwavering friendship in the season of her greatest need. That the same friendship may be hers in time to come, we confidently pray; that she is, and will be grateful to Russia, and to her Sovereign for it, we know full well; that she will ever forfeit it by any premeditated, unjust act or unfair course; it would be treason to believe,” Twain wrote.

"#America owes much to #Russia" The letter of Mark #Twain to Emperor Alexander II transferred to the Livadia's Palace exposition. August, 26 pic.twitter.com/pT5ERG1CPt

The speech was composed by a group of American tourists who visited Crimea in August 1867 during their travels aboard the steam yacht Quaker City, and who wanted to pay their respects to the Russian emperor for his support of the Union during the American Civil War; it was delivered by an American consul to Russia.