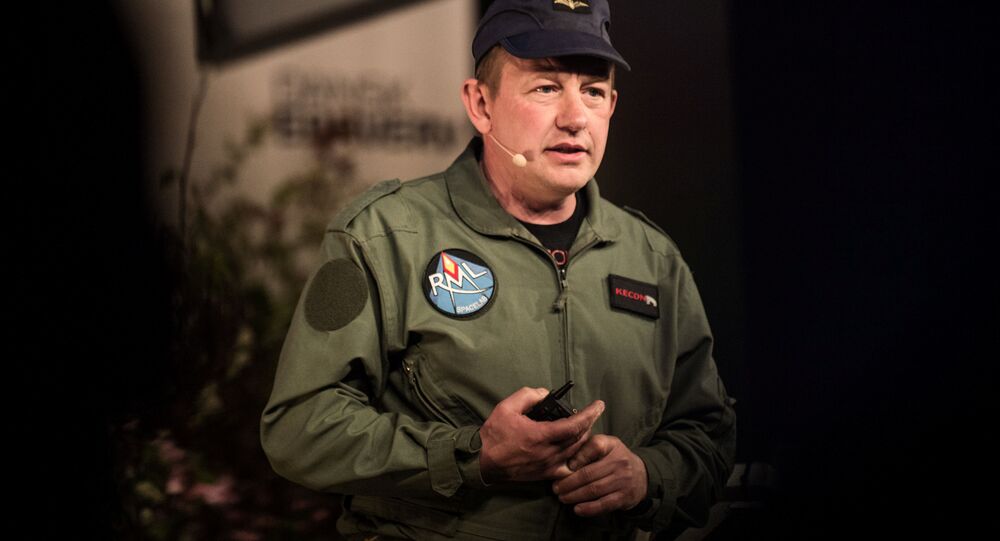 Danish inventor Peter Madsen, who has been charged with manslaughter in the death of Swedish journalist Kim Wall, told police that Wall died on board his homemade 17-meter submarine, changing his original story that he dropped Wall off alive at a restaurant in Refshaleøen, an island in Denmark.

Madsen is being held by authorities on involuntary manslaughter charges in Copenhagen.

"We believe he is telling the truth when he says she died in the submarine," a Copenhagen police official said, according to Business Insider.

Wall's body has not yet been found. Madsen said that he "buried" Wall's body at sea in the Bay of Koge, south of the Danish capital.

On the evening of August 10, Madsen and Wall went on a submarine tour around Copenhagen. When Wall did not come home, her boyfriend contacted the police and reported her missing.

The sunken submarine — a 26-foot UC3 Nautilus — was brought ashore after being found under seven meters of ocean by search operation crews.

"The investigations confirm that the sinking of the submarine was allegedly a consequence of a deliberate act," according to Copenhagen police, the New York Post reported.

Madsen was rescued by a local after he jumped into the water and swam to a boat. He was shortly afterward arrested by police.

Madsen's lawyer said that her client is relieved that the new information has been exposed but still maintains his innocence.

"My client is relieved that these observations have been revealed. He will cooperate with the police and submit all useful information," Madsen's lawyer Betina Hald said following the release of new details regarding Wall's death.

Divers are hunting for Wall's body around Køge Bay and Öresund, and sonar detection devices are being deployed in the search.

The police believe that this is a manslaughter case, but they do not want to provide any more information as the investigation is still ongoing.

Wall's friends told local news media that she had already signed a lease for a studio apartment in Beijing, as she was planning on moving to China with her boyfriend. A graduate of both New York's Columbia University and the London School of Economics and Political Science, Walls worked as a freelance journalist for many renowned news sources. She had reported from all over the world, including from North Korea, Sri Lanka and the Marshall Islands.