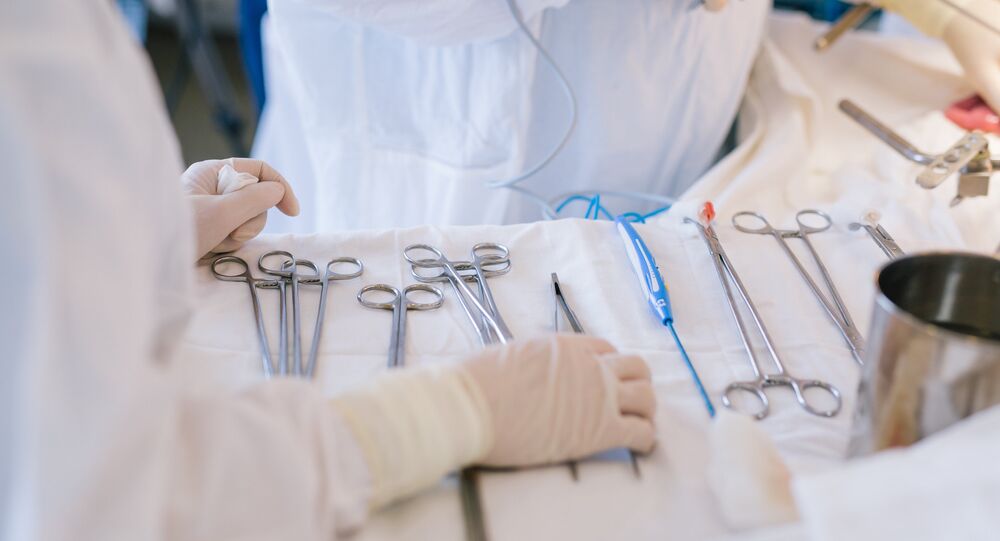 Future is Now: Russian Doctor From Siberia Has 6 Microchips Under Skin

A Russian doctor and innovative scientist, Alexander Volchek, has implanted six electronic microchips into his body. These chips help him in his day-to-day activities. However, there are some health dangers associated with such futuristic technology.

Alexander Volchek works in one of the maternity homes in the Novosibirsk region in Russia’s north as an obstetrician/gynecologist.

© CC BY 3.0 / Erik Lucero / Photograph of a quantum machine
Scientists Develop New Chip That May Help Usher in the Age of Quantum Computers
A few years ago he got his first microchip implant. Since then he acquired a few more and now has six microchips under his skin. He can now open doors at work and at home just by moving his hand over a bar code scanner. The chips also store his passwords and credit card numbers.

Some of the chips have the capacity to store from 800 bytes to 1 kilobyte of information. One of the chips also serves as Volchek’s business card. Another one allows him to unlock his computer as it has his password saved in its memory.

However, the doctor doesn’t want to stop at this and hopes that in the future he will be able to implant a cryptosystem and a glucometer microchip in his body.

“I implanted the first chip on August 8, 2014. It prohibits change of code and is equivalent to an access control card from one of the Siberian ski resorts. Sometime later, I registered it in the access control system of the organization that I work for,” Volchek said in an interview with Sputnik.

He noted that this is not the first case of microchip implantation, and the first samples of such chips were used in veterinary medicine back in the early 2000s.

Talking about whether it is painful to have microchips under his skin at all times, the doctor said that they are not painful if implanted correctly. In his case, he finds his microchips very convenient.

“I am not only a user, but a developer,” he noted. “Currently several teams in the world, including us, are actively developing an implant that will contain a microprocessor with encryption functions which could be used for electronic signatures, payment in contactless terminals and payment for public transport,” Volchek said.

He further said that the aim of the scientists is to make the electronic chip technology have multiple medical applications.

According to the doctor in the near future, it will be possible to consider creating an implantable glucometer for measuring blood sugar level, especially since the necessary technical base for this already exists.

According to a Russian surgeon Vladimir Khoroshev the implantation of microchips carries certain health risks.

“If I'm not mistaken, the sizes of these chips are quite small, in principle they can be implanted without much difficulty: simply take a large syringe, a thick needle and inject the chip under the skin. But, there is a risk of infection, a possibility of getting a bacterial infection,” Khoroshev told Sputnik.

© Photo : Youtube/Sputnik
Siberian Cyborg: Man Implants a Chip in His Chest, Becomes a Living Compass
He further said that such an infection can lead to abscesses or if it occurs on the fingers then panaritium (acute inflammation of the fingers) can occur.

The doctor also noted that the implanted chips could also lead to nerve damage, especially if they are placed next to large body nerves.

Nevertheless, the doctor believes that the development and use of such microchips also have tremendous potential for medical purposes, as it can help people suffering from various diseases, such as diabetes mellitus.

“The number of people with type II diabetes is constantly increasing in the world… a huge number of people use these glucometers all the time and they need test strips. All of that is a huge expense for diabetes patient, his relatives and the state. However, if you implant a subcutaneous glucometer it will constantly read information about the content of glucose in the blood of a person and that will be a revolution,” Khoroshev said.

The doctor stressed that this innovative use of chips will save an incredible amount of money and resources.

According to Khoroshev, in the near future the number of people who willingly agree to implant microchips into their bodies will rise because despite the health risks, this innovation will become popular among the masses.