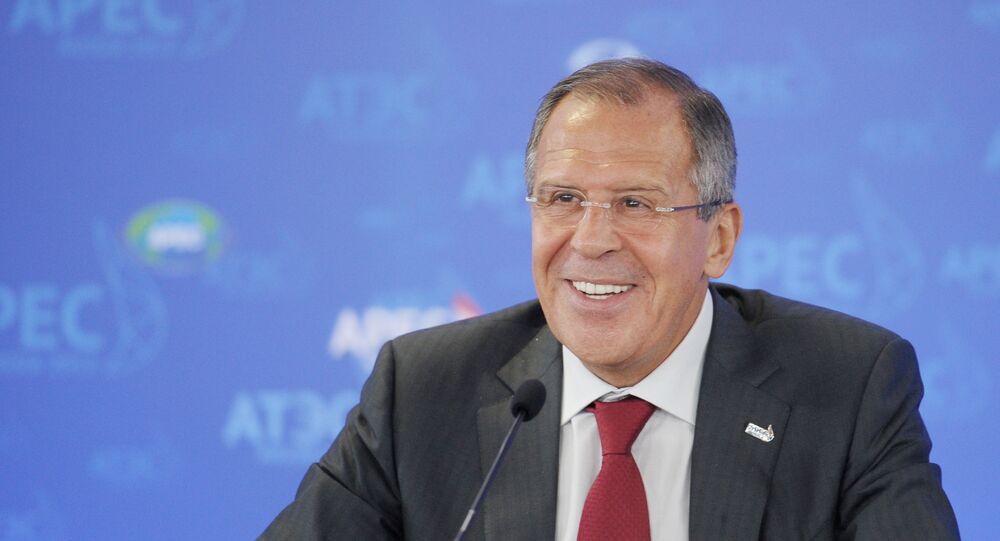 'Who Brought You Up?' Five Times Russian FM Showed Who’s The Boss

Russian Foreign Minister Sergei Lavrov during a meeting with US Secretary of State Rex Tillerson on Wednesday stopped an NBC journalist from interrupting with questions. It is not the first time that the Russian FM has been upfront with his witty remarks. Sputnik presents you with some of the most memorable recent ones.

Before a ceremony of protocol with US Secretary of State Rex Tillerson, Lavrov reproached American journalists who shouted out questions and kept interrupting the talks.

“Who brought you up? Who gave you your manners?” Lavrov said.

After that the hall fell silent.

During a meeting of the foreign ministers of NATO countries, Rex Tillerson, said that it is possible to do the tango with Russia but not with Lavrov.

"You can dance with Russia and you might also gain something out of it. But for sure you cannot tango with Lavrov because he is not allowed to dance that one."

In response to that Lavrov said, “My mother also forbade me to dance with boys.”

Lavrov replied saying, “English is not my mother tongue, I don’t know [if I would] sound decent: There are so many pussies in your presidential campaign on both sides that I prefer not to comment about this.”

Amanpour couldn’t hold back her laugh.

In 2014, the Ukrainian Foreign Minister Andrei Deshchitsa made some rude remarks about Russia. In response to his comments, Lavrov said, “Looking at him, a good saying comes to mind, ‘If you cannot sing, don’t drink.’”

At a meeting in 2016, US Secretary of State John Kerry congratulated Lavrov with a belated birthday wishing him wisdom in holding the then upcoming talks.

The Russian Foreign Minister replied saying, “If wisdom is measured by the number of birthdays than I am still lagging behind you.”

After the meeting with his Slovenian counterpart Karl Eryavets, Lavrov said that he was “tired” of watching how Europe, instead of setting a priority of stopping bloodshed in Ukraine, keeps debating over the issue of sanctions against Moscow.

“As for Ukraine, I am, frankly speaking, tired of monitoring what agreements are being adopted in the European Union, what terms are being set for the inspection of the next black, gray or other colored lists.”