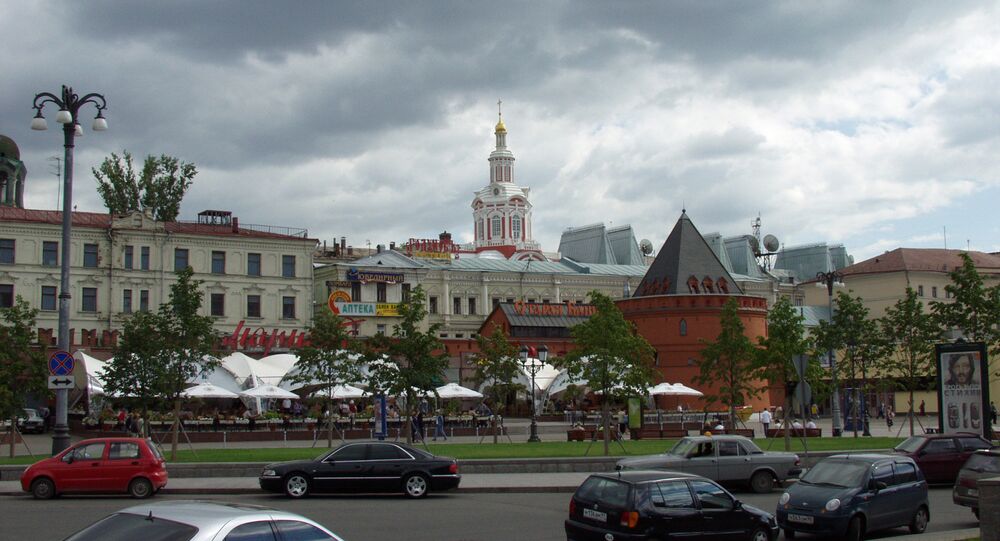 Archaeologists and the Chamber of Secrets: Medieval Hidden Room Found in Moscow

Researchers have discovered a secret chamber and an unprecedented number of artifacts in the Russian capital.

More than 150 artifacts were discovered in Moscow during the observation of the preparatory work on the "My Street" program, aimed to improve public areas in the city. The most significant discovery, a special secret room, was found in the Kitai-Gorod wall, the official Moscow Mayor's website reported.

​The room is embedded in the basement of the medieval wall, Moscow's chief archeologist Leonid Kondrashev said. Its vaulted walls created a special acoustic effect allowing one to hear everything that happens on the other side of the fortification. During sieges, the hidden chamber helped defenders of the city to eavesdrop on the enemy digging tunnels to the city wall. In peacetime, this facility could have been used to store supplies.

Sputnik
Under the Sky: Moscow to Exhibit Medieval Relics at Open-Air Museum
Similar niches have been found in the remains of the wall during the underground construction and restoration works in the 1920s. The Kitai-Gorod wall with 12 towers was built in the early 16th century. The fortress wall, built to protect the city from the raids of Crimean Tatars, was more than 2,500 meters long. Only small elements of the wall have survived; the remains are recognized as a historical monument of Russian medieval fortification.

Archaeologists have also found over 150 artifacts of the 16th-19th centuries at sites of trench digging for new communications. All the findings will be closely scrutinized by experts in the near future.

"Over 100 discovered items are ceramic pieces of the 18th-19th centuries that include fragments of tiles, pots, bowls and even a well-preserved ceramic cup," a Moscow archaeological office representative revealed. Among the finds, there are also about a dozen copper coins, lead trade seals, iron household, bullets, an arrow and a cannonball of the 16th-17th centuries.

Secrets of the Moscow Kremlin: What Was Hidden Centuries Ago?