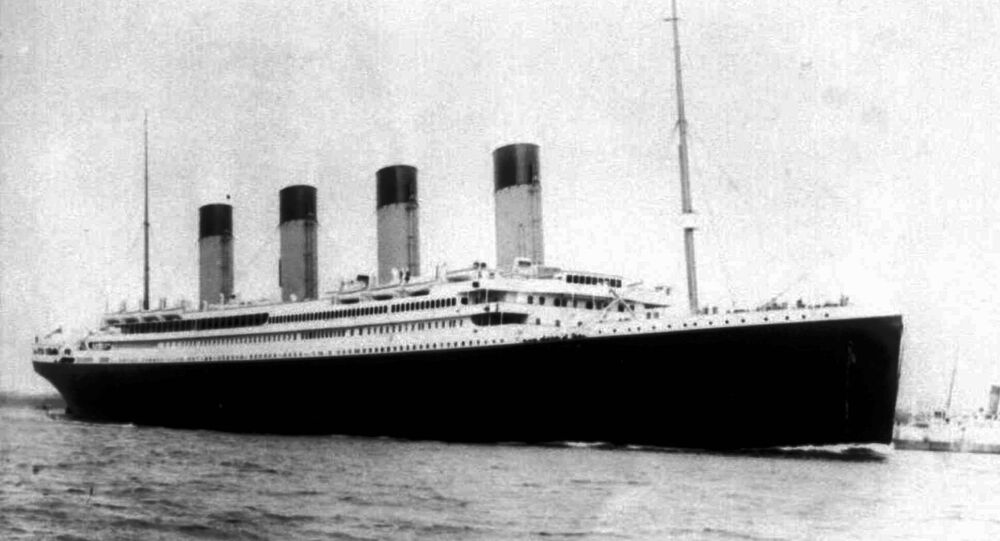 It was fire, not ice: In a new documentary, an expert provides evidence that a fire weakened Titanic's hull before an iceberg dealt the fatal blow.

The standard tale holds that the massive, "unsinkable" luxury cruiser foundered when an iceberg ripped through its hull, leaving more than 1,500 of its passengers to die in freezing waters only days into its April 1912 maiden voyage.

That's almost right, says journalist Senan Molony. But instead of being a tale of hubris, Titanic and its passengers were victims of criminal negligence.

In fact, he contends, before the ship even left the Belfast shipyard where it was made, a massive fire wrecked the great ship — exactly in the area the iceberg would puncture.

"The official Titanic inquiry branded [the sinking] as an act of God. This isn't a simple story of colliding with an iceberg and sinking. It's a perfect storm of extraordinary factors coming together: fire, ice and criminal negligence," Molony explains, according to the UK Telegraph.

Molony, who has been studying the Titanic for 30 years, examined rarely seen photographs taken by Titanic's chief electrical engineer before it left the shipyard to identify black marks left by the fire on the front right-hand side of the ship's hull.

The photos came to light in a recent private auction, The Sun reports. They show 30-foot long black streaks — just where the iceberg would later strike.

"We appear to have a weakness or damage to the hull in that specific place, before she even left Belfast," Molony said.

He notes that there is a "myth" of a 300-foot gash opened up by the iceberg in Titanic's side, "but when the wreckage was examined, people were perplexed because they couldn't find anything like it."

The fire, which is known about but little discussed, began when hundreds of tons of coal "self-heated" enough to burst into flame in a huge fuel storage area adjacent to one of the ship's boiler rooms. According to the Telegraph, a dozen men were brought in to combat the flames, but they raged for days or even weeks, reaching temperatures perhaps as high as 1,000 C.

"Nobody has investigated these marks before," Molony said. "It totally changes the narrative. We have metallurgy experts telling us that when you get that level of temperature against steel it makes it brittle, and reduces its strength by up to 75%."

He also says ship officers were told by the president of the company that built Titanic not to mention the fire to any of its 2,500 passengers.

Indeed, the ship was even reversed into its berth in Southampton, a very unusual move, to hide the burned side from passengers, Molony says.

The fire was briefly addressed at the inquiry on the sinking, the expert says, but it was played down.

"She should never have been put to sea but the Titanic had already been delayed a couple of times and was committed to leaving on April 10."

Another Titanic expert and author of several books on the subject thinks Molony may be on to something.

Richard De Kerbrech told the Sunday Times, "We know for certain there was a fire on the ship. Initially I gave it little credence but, looking at [Molony's] meticulous research, I was surprised by the extent of it. The chairman and designer were aboard so there were a lot of things that were kept quiet."

The fire may also be one of the reasons Titanic was moving at such speed.

"The way to deal with the fire [in the bunker] would have been to dig out the coal, and put it in the only other possible place, the furnace, which meant the ship was going at a much higher speed."

Molony presented his new evidence in the documentary "Titanic: The New Evidence" on the BBC's Channel Four New Year's Day.

One Hundred Years Later: The Route that the Titanic Failed to Complete