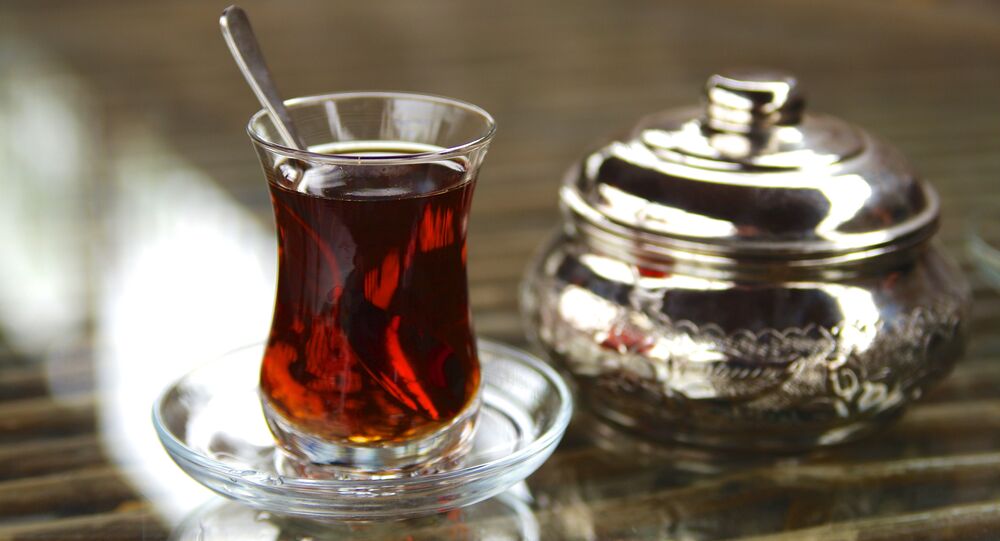 An owner of a tea shop in the Turkish Sakarya Province, Selcuk Nalbantoglu, has started a campaign to show support for the government and strengthen the Turkish currency.

© AFP 2020 / TARIK TINAZAY
Trade in National Currencies to Free Turkey From Dollar 'Oppression' – Erdogan
At the entrance to his café, the owner put up a message which read, “Anyone who exchanges 500 dollars for the Turkish lira and bring a check gets free tea all day long,” news agency Anadolu Ajansı reported.

According to Nalbantoglu, he came up with the initiative after Turkish President Erdogan made an appeal last week to support the national currency and exchange dollars for lira.

“My idea was received and supported by my peers. We, as citizens, should make a contribution to the strengthening of the economy. I intend to continue our support to the campaign,” the shop owner said.

On Sunday Erdogan spoke to flag waving supporters in the city of Kayseri. He called on patriots to act: “Those who keep dollar or euro currency under their mattresses should come and turn them into liras or gold,” the Turkish President said.

In the past month the lira fell 11 percent, making it this year's worst performing emerging market currency.

According to reports, Turkish media has been full of reports about small businessmen heeding their president's call, offering free fish, haircuts and even grave stones to any person who could prove they sold foreign currency to buy the lira.

The Turkish President also announced that Ankara is taking steps to conduct trade with China, Russia and Iran in local currencies, in an effort to support the Turkish lira.

Dashed Hopes: the EU Turkey Aspired For is in ‘Deep Crisis’