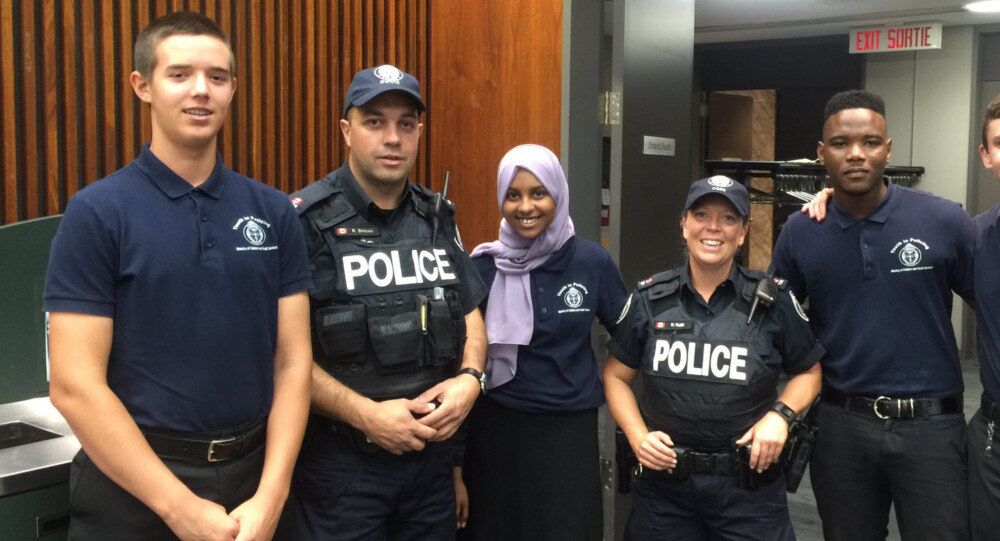 It has been many years since the Canadian 'Mountie' Police service (RCMP) allowed new recruits from practicing members of the Sikh religion to wear their turbans as part of uniformed presence. But it's only now that they are said to have openly accepted the hijab too.

The call to announce this could have been motivated by the currently topical burkini debate in Europe — especially, France. Some say that the choice given for women to wear the religious headscarf as part of their uniform is more about encouraging Muslim women to join the RCMP.

Reflecting the diverse communities that reside across Canada is cited as a key priority in the RCMP current and future recruitment strategy and many of the forces in Canada have approved the attire who collectively felt that just like the Turban for it's Sikh officers, the headscarf does not pose any restrictions in the line of duty.

Our @youthinpolicing students leaving HQ to making their way to their graduation ceremony. pic.twitter.com/myPcOi58k1

The Ahmadiyya Muslim Women's Association in Canada quoted the words of Prime Minister Justin Trudeau in a press release response to the hijab approval by RCMP:

"In Canada, can we speak of acceptance, openness, friendship, understanding? It is about where we are going and what we are going through every day in our diverse and rich communities."

"We applaud the RCMP for upholding freedom of expression and allowing Muslim women to wear the Hijab. We are extremely grateful that, as Canadians, we live in such a great country that respects people of all cultures and religions."

However, not everyone on social media is as welcoming as the RCMP when hearing about the news of the hijab being given the green light status.

@DRUDGE_REPORT this country is turning into a joke. If your hijab means more to you then the Mountie uniform, don't F-ing apply. Let us be!!