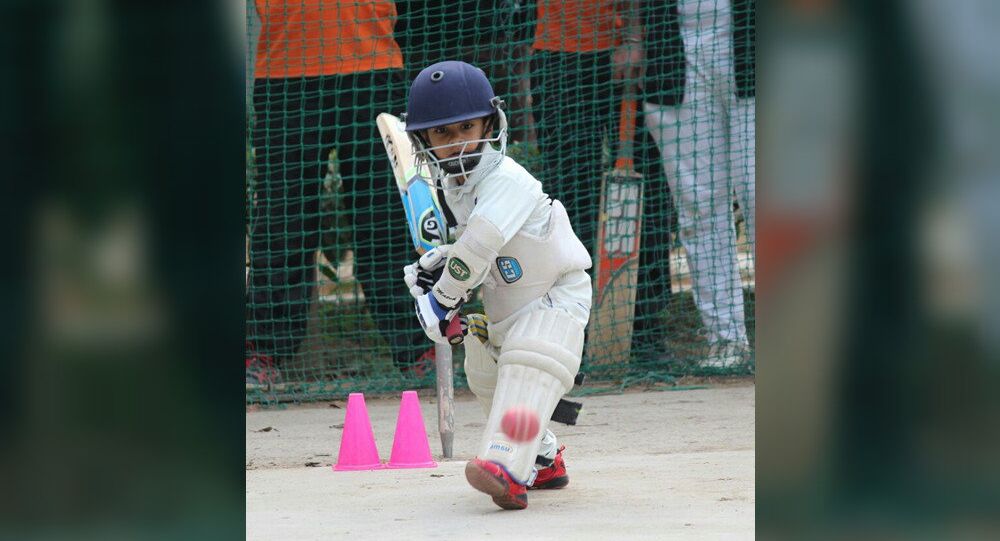 A four-year-old Indian kid plays cricket like a pro, and shows the potential of becoming a legend.

New Delhi (Sputnik) — In a country like India, where cricket is almost regarded as a religion, there is no shortage of boys who display immense talent for the game of cricket. What distinguishes Shayan Jamal from the rest of the crowd is that at the tender age of four, he mesmerizes the onlookers and cricket experts alike with his capability to hold bat and play shots like a professional cricketer.

© AFP 2020 / PUNIT PARANJPE
Taste of Success: Indian Cricketer Named World’s 3rd-Most Marketable Sportsperson
Shayan’s extraordinary talent was first noted by his father Arshad Jamal when he was only two and a half. At that age, with his tiny hands, he would hit the ball with his bat very craftily. His father Arshad, who played cricket while attending university, was quick to notice Shayan’s talent. He readily encouraged Shayan to take up the game.

Aside from his cricketing skills, Shayan is a normal kid. He attends preschool in the Delhi neighborhood of Kalindi Kunj and his routine revolves around school and cricket.

Currently Shayan is receiving coaching from noted cricket coach Uttam Bhattacharya. He saw the talent of the young star and admitted him to his cricket coaching academy. Now he practices regularly for more than three hours with older kids and has been selected for his school for its under-twelve cricket team.

According to Uttam, “Shyan is a child prodigy. He is special because at such a small age he not only bats but bats well with proper cricketing sense. Even the great Sachin Tendulkar, who ruled the cricketing world for nearly two and half decades, did not understand cricket at the age of four.” Uttam calls him 'wonder boy'.

Uttam feels that Shayan will play for his country one day. Shayan's parents also have a dream in their eyes. His grandfather believes he is god’s gift and sent by Allah to serve the nation.