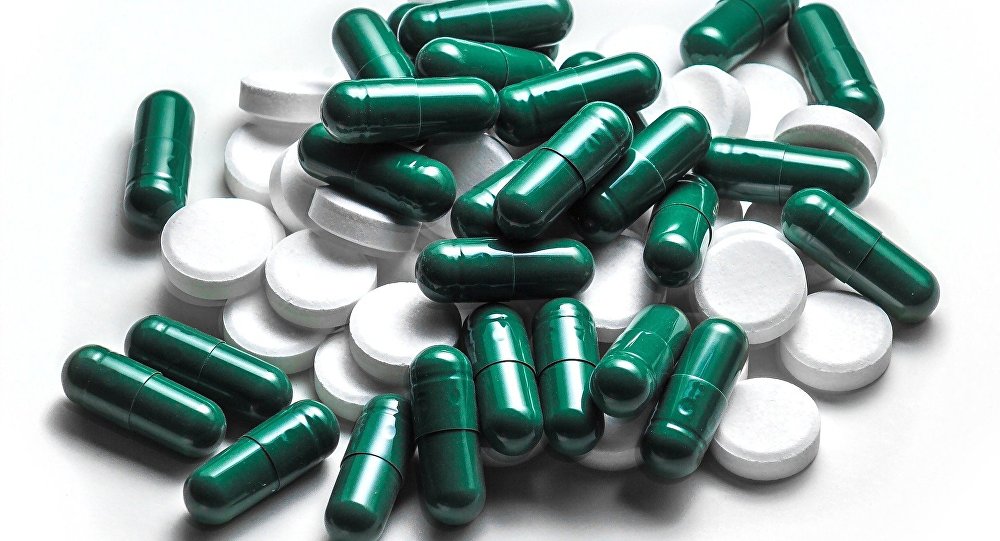 Critics of the new legislation however, have raised concerns that it will do little to curb the dangers of previously "legal, highs." Specifically, there are fears that the new law could drive the problem underground, handing over control to illegal drug dealers and the "dark web."

The Home Office says that this new legislation will be more all-encompassing. Where previously the law tended to find itself in a cat and mouse game — facing ever more creative concoctions — the new regulations will implement a blanket ban on anything psychoactive, therefore avoiding the need to prohibit substances after they've entered the market.

Edward Fox — from the drugs charity Release — told Sputnik that the law could struggle in defining "psychoactive" substances.

"Based on the legislation, the prosecution would need to prove that something is absolutely psychoactive…  Quite how they plan on proving that, is a whole other matter.  How do you go about proving human emotion and mental function in a test tube?" Fox told Sputnik.

"These substances vary considerably, so you would have to test each individual one in order to know what was in it. At a time when we are seeing austerity and cuts to police forces, quite how they plan on going about doing that remains to be seen."

Danny Kushlick — of Drug reform campaign Transform — told Sputnik that the newly-instituted Government ban could result in transferring the sale of psychoactive substances to the black market:

"To the extent that significant demand remains, that demand will be met, the evidence is very clear that people who want to use will still use. Whilst it will clearly eliminate opportunistic purchasing — but for people who want to continue using, they will get it from criminal dealers who have stockpiled, wisely, because the price will go up significantly, and they'll be able to buy on the dark net," Kushlick told Sputnik.

The UK gov't has introduced a new drugs ban today, similar to bans in Poland & Ireland. This is what happened there pic.twitter.com/5QsBW2lJ3H

Kushlick also feared that public perceptions surrounding drugs had become extremely skewed as a result of definitions based on legality, as opposed to effects or ingredients.

Some key risks of a blanket NPS ban identified by the Govt's expert panel on NPS policy https://t.co/Ebb4B6DP6Q pic.twitter.com/0jChcHhjd9

He compared attitudes towards illegal drugs to those on tobacco and alcohol:

"Half of all long-term users of tobacco will die as a result of smoking, and 40-50 thousand people die in the UK every year as a result of using alcohol, these are not safe drugs, but they're legal.

"The problem here is a lack of regulation — we still have a situation where the two main legal highs — tobacco and alcohol — are sold in sweet shops, literally. That's just ridiculous."

He went on to argue that the so-called "legal high" market grew from the prohibition of more traditional drugs, such as cannabis and cocaine, arguing that "it's really important that it we recognize and acknowledge that this is a self-created problem.

"The Home Office doesn't do regulation, it does prohibition — the answer that is always going to come back is 'no, ban it,'" Kushlick said.

"So there's a systemic issue here in so far as the Department for Business for instance, or the Department of Health are not involved in the policy development around drugs, and to the extent that they're not, there isn't a regulatory possibility — all roads lead to prohibition."

The new legislation came into effect at midnight BST, covering chemicals which mimic the effect of drugs such as cannabis and cocaine. Legal highs were linked to over 100 deaths in the UK during 2015, as well as a notable increase in violence within prisons.

In a statement sent to Sputnik by the UK Home Office, Minister for Preventing Abuse, Exploitation and Crime Karen Bradley said:

"Too many lives have been lost or ruined by the dangerous drugs formerly referred to as 'legal highs'. That is why we have taken action to stamp out this brazen trade.

"The Psychoactive Substances Act sends a clear message — these drugs are not legal, they are not safe and we will not allow them to be sold in this country."