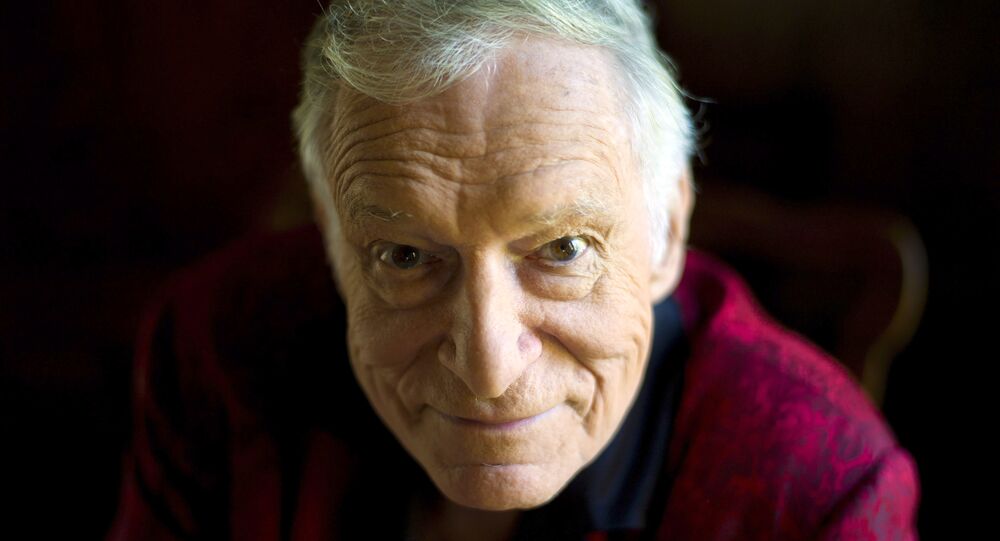 Hugh Hefner, the celebrated founder of Playboy magazine, has been accused of conspiring in the past with actor Bill Cosby, to enable the sexual assault of a young woman.

Hefner, now 90, has been named by Chloe Goins, now 26, as Cosby's co-defendant in a civil action suit alleging that the two men planned a sexual assault at Hefner's Playboy mansion in 2008 when she was 18 years old.

According to Goins, Hefner "encouraged, aided and ratified" the incident by inviting her (when she was 18) to a party with Cosby, whom he, Hefner, allegedly knew to have a "propensity" for intoxicating young women and sexually abusing them.

"Defendant Hefner knew, or should have known, the defendant Cosby over the years had a propensity for intoxicating and/or drugging young women and taking advantage of them sexually and against their will, or while they were unconscious," the lawsuit states.

Goins accuses Cosby of offering her alcohol mixed with a drug to make her feel ill and ultimately fall unconscious. The woman says Cosby then took the advantage of her condition to touch and kiss her.

Prosecutors in Los Angeles this year declined to press criminal charges on earlier allegations by Goins that named only Cosby as the defendant. Citing a lack of evidence that neither Cosby or Goins were at the mansion on the date initially stated, prosecutors also called attention to the defendant's lack of witnesses to corroborate her testimony.

Goins then filed the new lawsuit, 8 years after the alleged incident, calling Hefner, the owner of the mansion, a conspirator.

More than 50 women have claimed they were subjected to drugging and sexual assault by Cosby over a period of several decades.