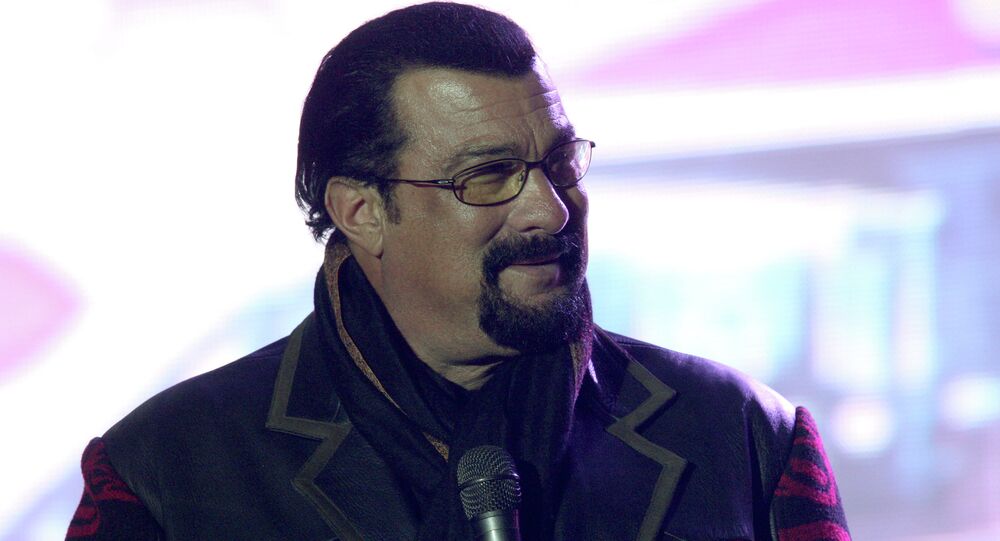 Tips for foreigners on how to obtain Serbian citizenship: first, be a famous American actor and claim you feel like a Serb; second, offer to build a martial arts school in the capital city; third, be best pals with state officials. Welcome to Steven Seagal’s new identity!

© Sputnik /
Tough Toys for Tough Boys: Steven Seagal As Face of New Russian Binocular
According to a statement issued by the official paper of the Serbian government on Saturday, the 63-year-old actor and film producer has been granted Serbian citizenship following numerous visits to Belgrade, in which he extolled the state leadership and claimed that he feels a close connection with the country.

A father of seven, Seagal was received twice by President Tomislav Nikolic and Prime Minister Aleksandar Vucic in December 2015. At the time, he stated that he would do "everything possible to promote Serbia" around the world. He also underscored his wish to set up an Aikido school in Belgrade, officials stated.

The famous aikido master, who has an "Aikido 7th Dan," was invited to train Serbian police forces in Aikido. Seagal has practiced the Japanese martial art since he was seven years old, and used his abilities many times in movies. He is known for the films: "Machete," "Half Past Dead," "Submerged," and "Today You Die."

YouTube/@Ruptly TV
Russia and America Need to Get Along - Steven Seagal
During his December visit, Seagal was honored with a "Karic Brothers Fund" award for humanitarian activities. The actor said he was proud to accept an award which was also given to Russian President Vladimir Putin.

Seagal is respected in Russia not only for his professional aikido and film careers, but also for his political support for Moscow in light of current tensions between Russia and the West. The actor, invited to Russia to demonstrate his aikido skills in early December 2015, told journalists he had Russian roots and loved the country.

Serbia is facing an imposing set of regulations from the EU, including that it improve its relations with Kosovo, to attain membership in the bloc. Kosovo proclaimed independence from Serbia in 2008.