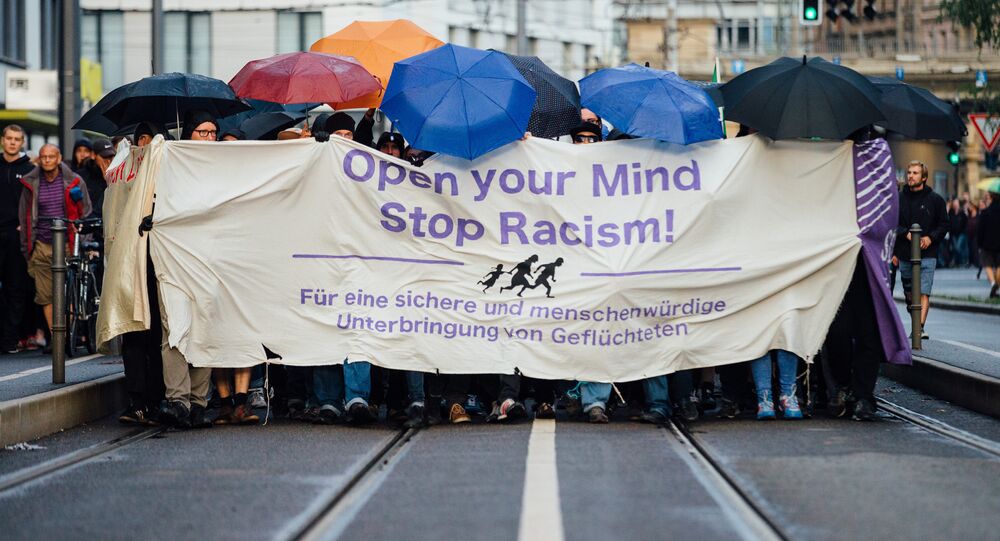 The level of racism and xenophobia in Germany is rising, the Council of Europe's national minorities protection committee has said.

© AP Photo / Jens Meyer
Anti-Refugee Sentiment in Germany Rooted in Country's Problem with Racism
MOSCOW (Sputnik) — The Council of Europe Advisory Committee on the Framework Convention for the Protection of National Minorities published its fourth report on Germany on Thursday.

"There have been worrying developments as regards public manifestations of racism and xenophobia. Despite counter-demonstrations as well as statements of condemnation by the authorities, manifestations of antisemitism, anti-Gypsyism, and anti-Muslim and anti-immigrant sentiments are reported to be rising, as well as attacks against asylum-seekers," the report said.

The committee urged the German authorities to make efforts to combat racism and intolerance, and prevent right-wing extremism in the country.

Earlier in the day, Council of Europe Commissioner for Human Rights Nils Muiznieks presented another report on human rights in Germany. He told reporters that the number of crimes committed by right-wing extremists in Germany had increased.

The report presented by Muiznieks reveals that 512 offenses with racist and nationalistic motives were recorded in Germany in 2014. By comparison, 473 such crimes were committed in just the first half of 2015.