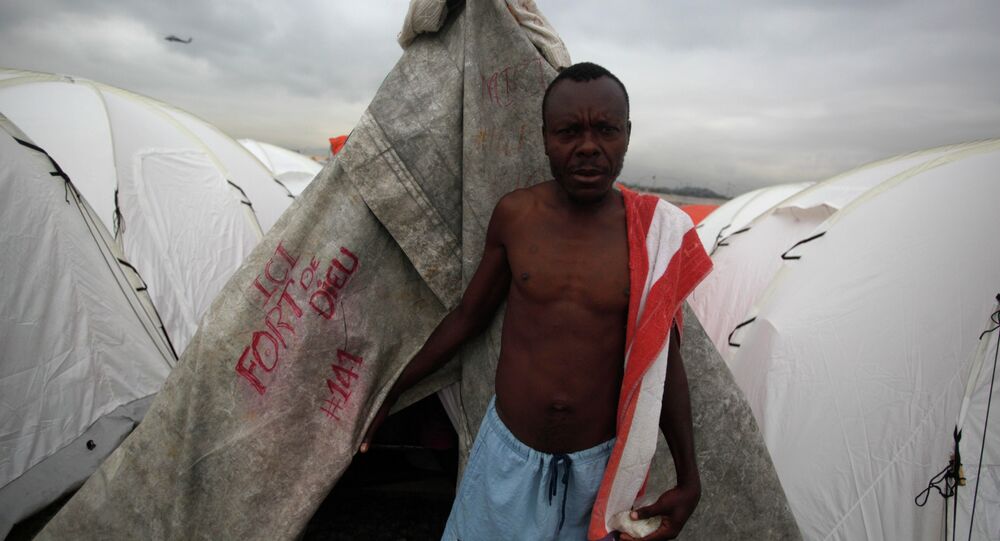 American Red Cross Fails to Account for $500Mln in Expenses

The American Red Cross (ARC) appeared to lack precise information on how almost half of a billion dollars of its money raised for the victims of a disastrous earthquake in Haiti in 2010 was spent.

Investigators from Propublica and NPR have uncovered ARC private documents, showing that the organization could not cope with the Haiti program, including wasting of approximately $500 million of donations.

© AP Photo / Hani Mohammed, File
EC to Allocate Over $5Mln to Red Cross for Humanitarian Aid to Yemen
The Red Cross gave away almost $500 million, collected for Haitians shortly after the quake that left the country in ruins, to numerous aid groups running various humanitarian projects. But the ARC fell short when managing expenses and monitoring the groups’ activities.

A sanitation project was considered an organization’s flop, as said in the report. The Red Cross provided camps for quake sufferers with latrines, which did not work properly and were later called a “flood of waste.” The report also noted that the 1.5 million project eventually "lacked a clear vision and strategy, leading to challenges and delays in contracts, procurement, finances."

The Red Cross admitted the Haiti program to be “troubled” because of difficulties of operating in the country. But the report revealed the organization’s projects had failed mainly due to ARC headquarters rulings in Washington, DC.

"In large part [health project failed] because of the centralized decision-making, most if not all of the directly implemented projects in Haiti are behind schedule."

The Red Cross released a statement afterwards, avowing that some of its projects in Haiti “needed improvement,” but stressing that “hundreds of thousands of people” benefited from ARC’s work.