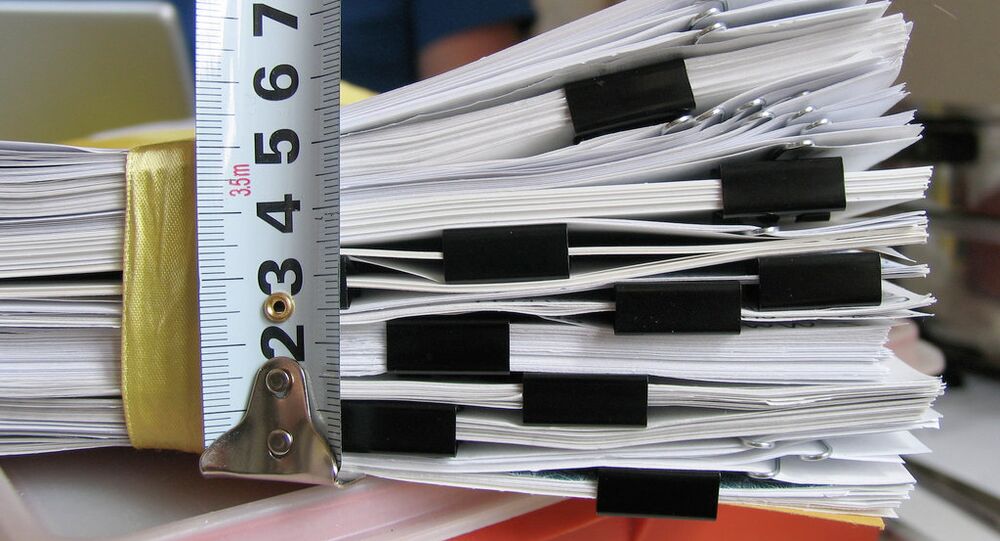 An Indian executive electrical engineer has recently been sacked from his job after he went on leave in 1990 and never returned to his desk since.

© AFP 2019 / ROBERTO SCHMIDT / FILES
Largest Coal Miners Strike in 30 Years Ends in India
MOSCOW, January 9 (Sputnik), Ekaterina Blinova — An Indian civil servant has been fired after not turning up to work for a quarter of century.

"A senior official of the Central Public Works Department (CPWD) was on Thursday dismissed from service for unauthorized absence from duty for 25 years," the Press Trust of India reported on January 8.

According to a ministry official, A.K. Verma, an executive electrical engineer, got his job at the CPWD in 1980. However, ten years later Verma went on vacation and never has returned since.

"He went on seeking extension of leave, which was not sanctioned, and defied directions to report to work," the official statement released by the CPWD.

Remarkably, although the worker stopped working in 1990 an inquiry into the case was only launched in 1992, and was then delayed for almost 13 years. The Press Trust of India said that "due to non-cooperation of Verma" and some other unspecified reasons the inquiry was postponed until a new charge was issued in 2005. This fresh inquiry report was accepted by then Minister of Urban Development only in August 2007 and since that time "no further action was taken in the matter," the media outlet emphasized. It still remains unclear, whether Verma was paid during his absence.

© AFP 2019 / Prakash SINGH
India Approves Concessions for West Pakistan Refugees in Kashmir Region
The Daily Express suggests, that the roots of Verma's 25-year dismissal lie in India's imperfect labor laws, "which make it hard for staff to be sacked for any reason other than criminal misconduct."

However, India's Prime Minister Narendra Modi has ultimately closed a loophole in the law. According to recent changes in the law, it is now much easier to sack an employee. The media source notes, that Narendra Modi has "cracked down" on those shirking their duties, making it obligatory for India's civil servants to "sign in at work" via a fingerprint scanner and sharing the results online via an official government website.

It should be noted that Verma was not the only Indian citizen who has been on such a prolonged leave: in 2014 reports emerged of a female teacher from a Madhya Pradesh school who had taken a time-out from her work for 23 years.