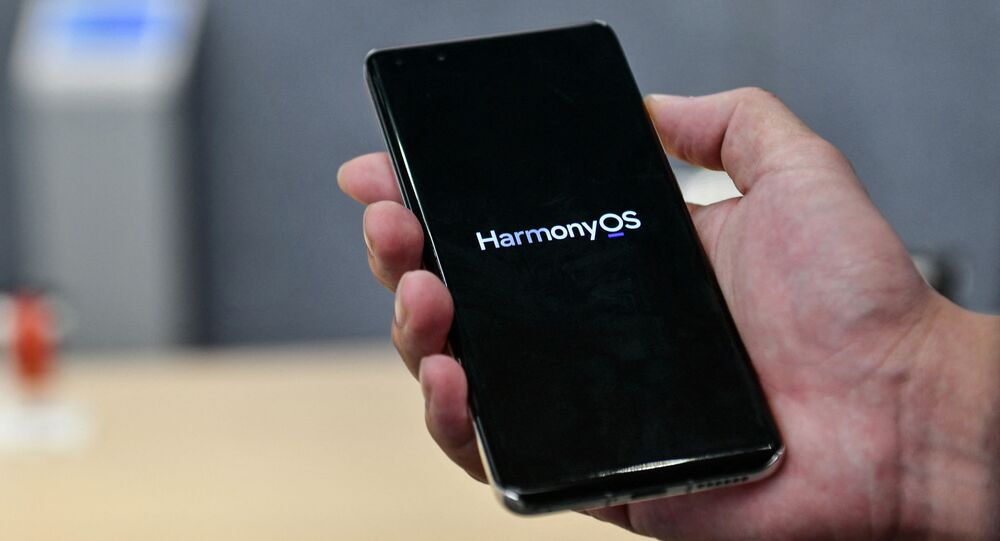 The business has reportedly been trying to persuade smartphone sellers to adopt its HarmonyOS which aims to challenge Google’s dominance of the operating system market.

HarmonyOS will be the go-to platform for the "internet-of-things", a senior Huawei executive was quoted by Reuters as saying.

The new operating system will connect smartphones with other devices such as cars, smartwatches, laptops and household appliances.

Huawei will start rolling out the new operating system on certain models of its smartphones from Wednesday evening, inviting users to switch from Google's Android OS to HarmonyOS.

According to Wang Chenglu, president of Huawei Consumer Business Group's software department, Huawei plans to have HarmonyOS rolled out on 200 million of its own smartphones and 100 million third-party smart devices by the end of the year.

© AP Photo / Ng Han Guan
'Dare to Lead the World': Huawei CEO Calls on Staff to Focus on Software Amid US Sanctions - Report

The Chinese tech giant has been under pressure since it was placed on a US trade blacklist in 2019 after Washington cited national security concerns, an allegation Huawei strongly denied. Because of this row with the US, Huawei’s rating fell from being the world’s biggest smartphone maker to sixth position. However, the company expects its HarmonyOS to fill another niche in the market by looking beyond smartphones and bridging the gap between other devices.