'Dare to Lead the World': Huawei CEO Calls on Staff to Focus on Software Amid US Sanctions - Report 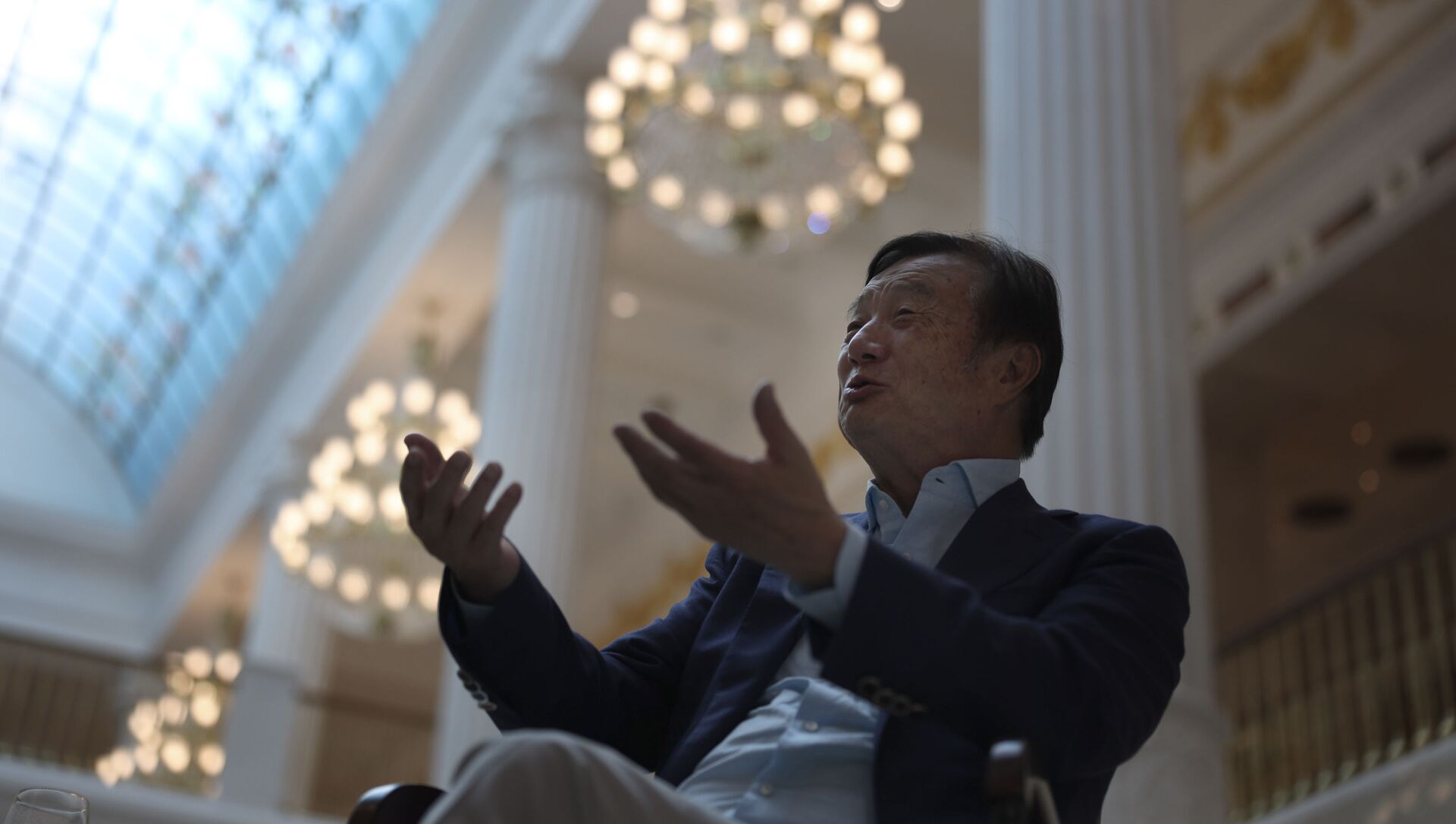 Kirill Kurevlev
Correspondent
All materialsWrite to the author
The Chinese tech giant was placed on an export blacklist by former US President Donald Trump in 2019 and was denied access to essential US-origin technology, limiting its ability to design its own chips and procure components from outside suppliers. The Biden administration has given no hint that it will reverse the imposed sanctions.

Ren Zhengfei, the founder of Huawei Technologies, has urged the company's employees to "dare to lead the world" in software development as the company aims to expand beyond its hardware activities, which have been crippled by US sanctions.

Reuters reported on Monday, citing an obtained internal memo, that the company's strategy reveals the reaction to the enormous strain that sanctions have exerted on the company's core handset market.

Ren reportedly said in the memo that the company was concentrating on software because future growth in the sector is fundamentally "outside of US control and we will have greater independence and autonomy."

Since advanced hardware will be difficult for Huawei to manufacture in the near future, the company should concentrate on developing software ecosystems, such as its HarmonyOS operating system, Mindspore cloud AI system, and other IT products, according to the document.

Ren's memo also stated that the company's tech drive would be contingent on discovering the right business model and that it should take an open-source approach, encouraging employees to "absorb nutrients" through open source communities.

He also stated that the company's Welink business communication platform used conventional software licensing, which he reportedly claimed was unsuitable for cloud computing and inferior to a competing product from rival tech giant Alibaba.

The previously mentioned US blacklist has also prevented Google from offering technical support for new Huawei phone models, as well as access to Google Mobile Services, a set of developer services that underpins most Android apps.

Given the difficulties of operating in the US, Ren's note recommended that the organization improve its role at home and expand its territories, with the aim of eventually excluding the US, according to the report.

"Once we dominate Europe, the Asia Pacific and Africa, if US standards don't match ours, and we can't enter the US, then the US can't enter our territory," the memo said.

Science & Tech
Huawei's HarmonyOS 2021 Rollout Faces Major Setback After Chinese Court Rejects Trademark Argument
According to Reuters, the note confirmed previous hints from the company's top management that it would shift its main focus away from handset hardware. Eric Xu, the company's rotating chairman, announced in April that the company will spend more than $1 billion on its intelligent driving systems this year.

Earlier the media reported that Huawei is extending its smart car collaboration with state-owned Chongqing Changan Automobile Co Ltd to include the design and development of auto-use semiconductors.

Apart from the sanctions, Huawei is known for its demanding work environment, and the note reportedly suggested that the tech teams employ psychologists to assist young hires who might find the organization emotionally difficult.

"Now some young people have high IQs, but their EQ might be low, and their mentality is not mature, and it's easy for them to get sick," Ren said.

Presenting its annual report for 2020, Huawei did not break down how much of its 891.4 billion yuan (around $138 billion) revenue came from its software.