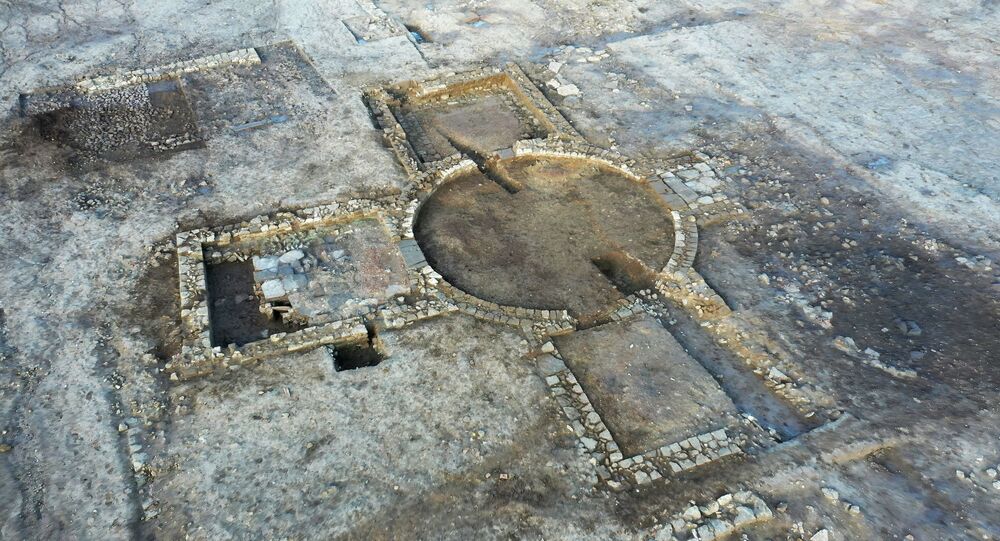 'More Than We Dreamed Of': Roman Villa Dug Up at Yorkshire Housing Site Likely ‘First of its Kind’

The site of a new housing development under construction in the Eastfield area of Scarborough, Yorkshire, UK, turned out to be hiding a remarkable and enigmatic secret, prompting the developer to alter plans.

A recent discovery of Roman remains during archaeological excavations in North Yorkshire could be the first example of its kind "within the whole former Roman Empire", according to the Historic Buildings and Monuments Commission for England (Historic England).

Some exciting new Romano-British discoveries in North Yorkshire and the developer @KeepmoatHomes is to be commended for changing plans to allow retention and preservation. The remains will enhance placemaking, I'm sure! https://t.co/aAp6GT5WXw

​The remarkable relics were uncovered at a sprawling housing development in Scarborough, North Yorkshire.
The site had been originally flagged as likely to contain Iron Age and Roman remains, with housing developer Keepmoat Homes going along with the proposal to get archaeologists on board to carry out excavations.

The layout of the discovered complex includes a circular central chamber, with several rooms leading from it, and a bath house. According to archaeologists, the remains most likely belong to what used to be a luxury Roman villa or religious sanctuary, or both. In either case, they exude an aura of ‘high status’.

Emphasising that the uncovered Roman remains surpassed all expectations, a spokesman for Historic England said:

“This type of building layout has never been seen before in Britain and could even be the first of its kind to be discovered within the whole former Roman Empire.”

With the site currently redesigned to conserve the find, Historic England is set to recommend that the Eastfield site be protected as a nationally important scheduled monument.

Funding for additional archaeological excavations has been promised by Historic England, including the analysis and publication of any discoveries made at the site.

“These archaeological remains are a fantastic find and are far more than we ever dreamed of discovering at this site. They are already giving us a better knowledge and understanding of Roman Britain,” Keith Emerick, inspector of ancient monuments at Historic England, was quoted as saying by Yorkshire Times.

He added that there was a shroud of mystery as yet regarding the find.

"We've spoken to a number of leading Roman academics about it and we're all trying to find a comparable site and we are struggling. So in that sense it is really significant. It's really exciting as well".

The expert praised Keepmoat Homes for their “sensitive and professional approach” to an effort to ensure the future conservation of the historical site.

“Work by North Yorkshire archaeologists has already established the buildings were designed by the highest-quality architects in Northern Europe in the era and constructed by the finest craftsmen. Because of the significance of this, it is excellent to see that the layout of the new housing has been redesigned so this important part of our history can be preserved,” said Battersby.

The County Council official added that there was a great deal of work to be carried out on the finds and environmental samples to try to understand the enigma behind the site which, for some as yet obscure reason, was built far from other Roman centres.