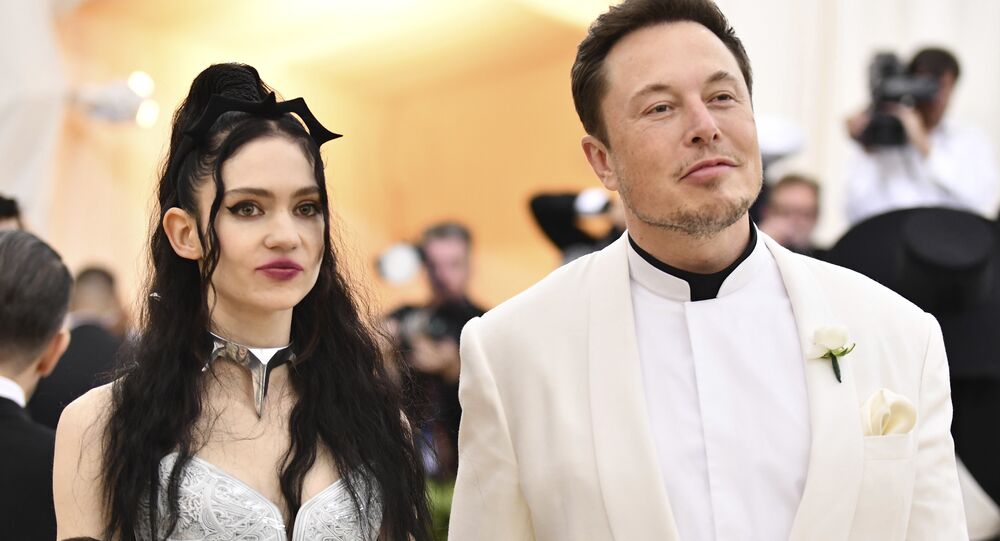 The 33-year-old previously voiced plans to head to Mars when she approaches retirement age, claiming she will accomplish this whatever it takes, even if it requires her to work "manually until death".

Tech mogul Elon Musk's girlfriend, Canadian singer Grimes, appears to share his burning passion for the Red Planet, going as far as announcing she is prepared to die somewhere in its wilderness.

The 33-year-old dream pop musician, whose real name is Claire Elise Boucher, has taken to Instagram posting her daring fantasies (at least to date):

"Ready to die with the red dirt of Mars beneath my feet Starbase Tx".

Alongside the strong caption, the musician, who shares a 10-month-old baby with Musk intriguingly named X Æ A-12, posted an industrial-styled photo of herself standing at the foot of two dark cranes, wearing floral leggings, high black boots, and a medium-length red checked skirt with a number of ventholes.

Grimes had previously revealed plans to travel to Mars, a planet notorious for its red dust storms, when she becomes 50, and even if it involves "manual labour until death", according to the Daily Mail.

This approach is largely in tune with her partner's distinctly stated ambitions, as he has zeroed in on his SpaceX projects, meant to take humans to the Moon and then to Mars, with the latter largely overshadowing his initial ventures involving his first brainchild, the electric car company Tesla.

Despite the renewed focus, SpaceX has been going through highs and lows on its path to be the first private company to significantly contribute to space exploration.

On Tuesday, the company lamented a failed landing of its prototype Mars rocket Starship, which fell part upon entering thick fog right before landing in Texas. Sky News referred to it as "the fourth full-scale stainless steel model to launch since December to an altitude of more than six miles".

"At least the crater is in the right place!", Musk tweeted referring to the launch, despite expectedly being disappointed with the outcome, and later announcing his intention to inject $30 million into the local community to open new schools and infrastructure in the area to more effectively attract promising engineers and other potential employees to his space transportation services company.

SpaceX was set up in 2002 with the goal of reducing space transportation costs to eventually enable and facilitate the colonisation of Mars.