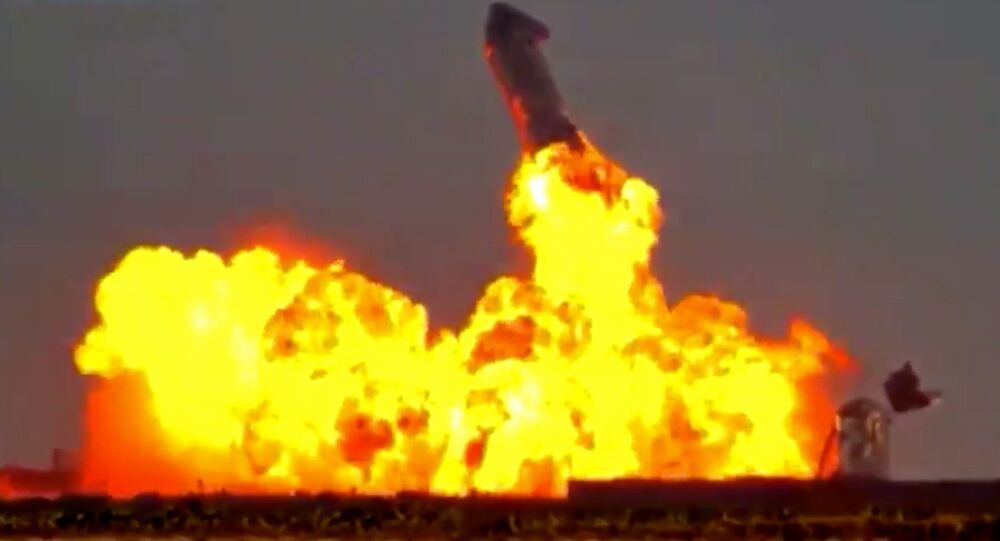 SOUTH PADRE ISLAND, Texas (Sputnik) – The fourth test of the SpaceX Starship appeared to have failed during an attempted landing, a Sputnik correspondent reported on Thursday.

A loud explosion could be heard from Isla Blanca Park in South Padre Island, Texas, the correspondent said. Heavy fog made it impossible to see what exactly happened after the launch.

Three earlier tests of the Starship also exploded on or shortly after landing. SpaceX ground control earlier reported the loss of data feeds from the Spacecraft shortly after video feeds from multiple cameras also failed.

Musk said in an initial statement that it "Looks like engine 2 had issues on the ascent and didn’t reach operating chamber pressure during landing burn, but, in theory, it wasn’t needed."

The Starship is the centrepiece of SpaceX efforts to develop a fully reusable transportation system designed to carry humans to the Moon and on long-duration flights to Mars and beyond, a company press release said.

The system is designed for in-space refuelling and the ability to land at destinations across the solar system and return to Earth, according to the release.