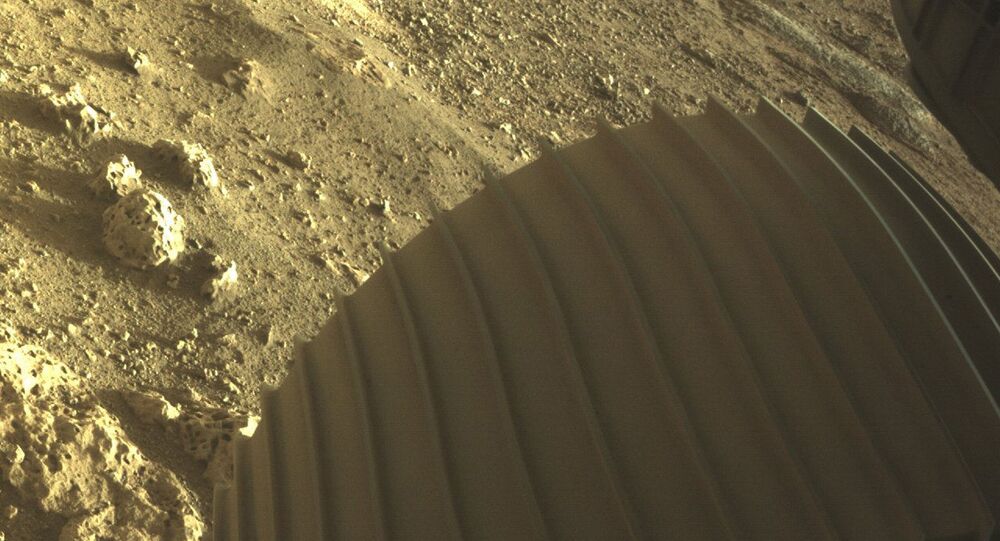 "This was our first chance to ‘kick the tires’ and take Perseverance out for a spin. The rover’s six-wheel drive responded superbly. We are now confident our drive system is good to go, capable of taking us wherever the science leads us over the next two years," rover mobility engineer Anais Zarifian said in a NASA press release on Friday.

The drive lasted about 33 minutes, with Perseverance moving forward for 13 feet from its landing spot two weeks ago, turning in place 150 degrees and then backing up 8 feet to a new, temporary parking space, the release said.

Before and during the drive, Perseverance continued to transmit pictures from its 24 cameras, about 7,000 images since its February 18 landing, the release also said.

The adventure is only beginning. @NASAPersevere took its first drive on Mars. This test marks a major milestone before science operations get underway for the largest and most advanced rover yet on the Red Planet. pic.twitter.com/z5ltJ9f8ad

The rover will search for evidence of ancient microbial life, collect rocks to be returned to Earth and explore the Red Planets’ geology and climate to help pave the way for human missions, according to the release.