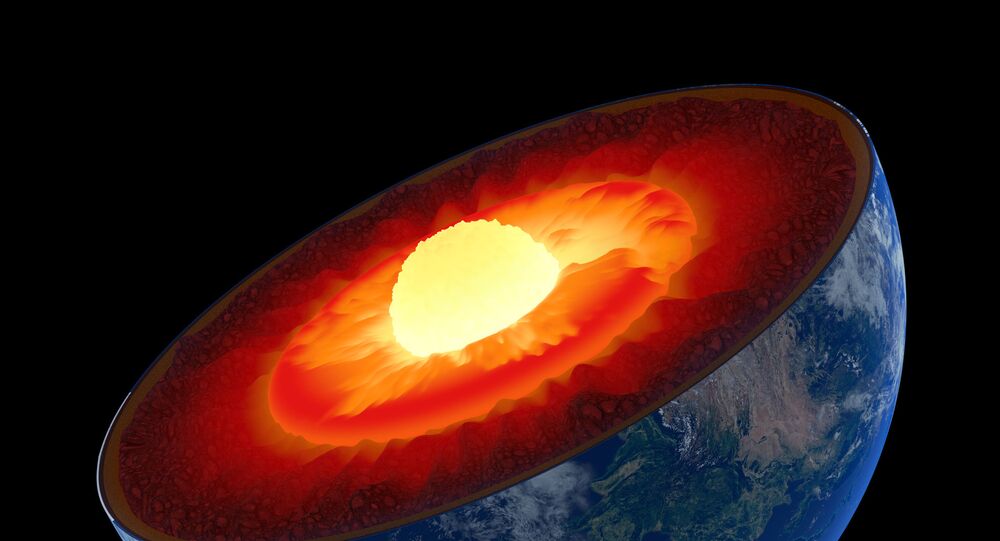 What Lies Beneath Our Feet? Scientists Change Our Understanding of Earth's Inner Core

The inner core - an innermost layer in the form of a solid ball in the very middle of our planet which can reach a temperature of 5,000 degrees Celsius. The layer is believed to occupy just one percent of Earth’s volume and reveal our planet’s earlier history.

Scientists may now have to re-write textbooks about the world after new research indicates evidence that the Earth’s inner core may have two separate layers – contrary to what was  initially widely believed.

But during the study, the results of which were published in the Journal of Geophysical Research, the researchers found an unknown event going on in the bowels of our planet.

Using a search algorithm to analyse thousands of models of the Earth’s solid ball and match them with existing data on seismic waves, the team came to conclusion that the inner core could have another hidden layer within it.

"We found evidence that may indicate a change in the structure of iron, which suggests perhaps two separate cooling events in Earth's history," Stephenson said.

The geophysicist argues that “the idea of another distinct layer was proposed a couple of decades ago, but the data has been very unclear.”

The astonishing discovery may explain why a number of experiments have been inconsistent with the existing models of our planet’s structure.

"The details of this big event are still a bit of a mystery, but we've added another piece of the puzzle when it comes to our knowledge of the Earth's inner core,” the researcher argues.

The discovery may indeed be exciting for many, Stephenson says, but she points out that myriads of scientific works now have to be re-written to accommodate the new finding.