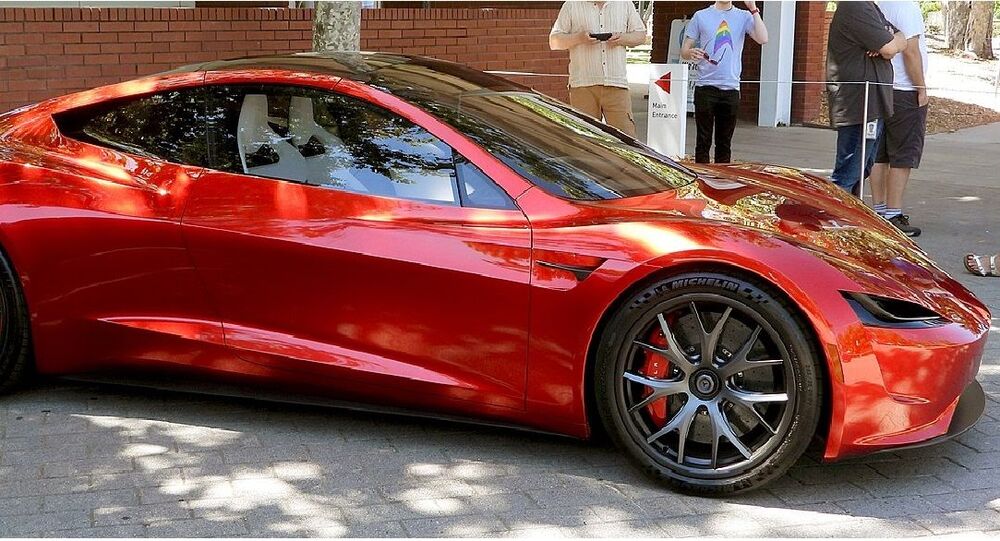 A collaboration between Musk's two primary businesses – electric car building and spacecraft manufacture – appears inevitable as the tech billionaire has hinted that an upcoming second-generation Tesla Roadster would have an optional "SpaceX package" with rear "thrusters".

Tesla founder Elon Musk confirmed in an interview with Joe Rogan that, in addition to regular driving, he wants to make his next-gen Tesla Roadster fly. He quickly corrected himself though, adding that Tesla fans should not expect a car zooming around like the modified DeLorean from "Back to Future 2", but more like a hovercraft about one meter above the ground.

The tech mogul clarified that this way his new car will not be able to accidentally "kill" anyone, since in his opinion one meter poses no threat, including to the driver.

"You make it hover like a meter above the ground or something like that. Something where if you plummet, you blow the suspension, but you are not going to die. Maybe six feet. You probably just put a height limit on it", Musk said.

The Tesla CEO further explained that the hover car would be able to lift only for a limited amount of time, but will nonetheless be able to "go pretty fast" during that brief period. The new Tesla Roadster is unlikely to become a universal solution to traffic jams, which Musk despises, but could be a neat way of crossing patches of bad roadbed, or no road at all.

A hovering feature could be optional, Musk revealed in the interview, suggesting that the new Roadster would have a "SpaceX option package" in an apparent reference to another Musk venture – spacecraft manufacture. The package will boast a "super high-pressure air bottle" and "rocket thrusters" emerging from a flipped down rear licence plate 'James Bond-style', the Tesla CEO said to the great amusement of the radio host. However, his words suggested that the stylish design is not yet final, to the disappointment of fans of the fictional British MI6 spy and his incredible cars.

Musk first teased a flying car design in July 2019, suggesting that the first tests might be run as early as the end of 2020. No such test have yet been revealed by the billionaire. He also did not mention during the interview with Rogan the exact date when the new Roadsters might hit the market.

'Better to be Electrifying Than a Fossil’: Users Help Monica Lewinsky Choose Between Tesla & Subaru