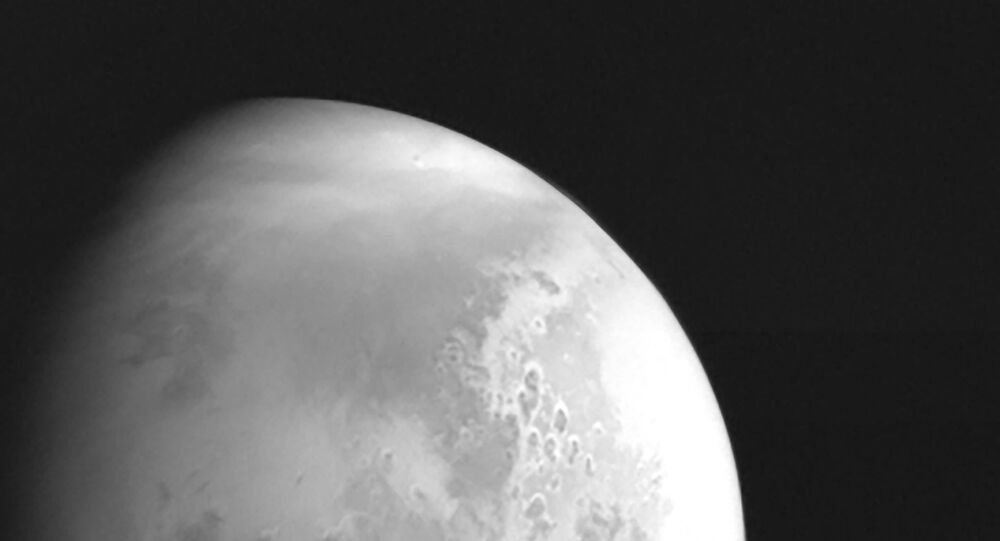 China’s space program is rapidly reaching one milestone after another. In December, it returned the first lunar surface samples to Earth in decades, and previously became the first nation to soft-land a spacecraft on the far side of the moon.

The China National Space Administration (CNSA) released a photo of Mars from its Tianwen-1 probe, which is due to enter orbit around the red planet in the coming days. However, the spacecraft is just one of three arriving in Martian orbit this month.

Tianwen-1 is expected to perform a Mars orbital insertion on February 10 before deploying a lander and rover to the surface in May, if all goes according to plan. If CNSA is successful, it will make China just the third nation to land a spacecraft on Mars, after the United States and the Soviet Union. The European Space Agency has sent several landers to Mars, but all have crashed.

In October, Tianwen-1 sent back selfies from its trip, when it was roughly halfway to Mars. When it lands in May, it will touch down on Utopia Planitia, a vast impact plain, which it will explore with photographs, ground-penetrating radar, and a host of devices for analyzing the contents of the Martian soil.

However, Tianwen-1 isn’t the only spacecraft from Earth arriving in Mars' orbit this month. A day before Tianwen-1 enters orbit, the United Arab Emirates’ Al-Amal (Hope) spacecraft will arrive. Hope is the Arab world’s first Mars probe, but it won’t descend to the surface. Instead, it will stay in orbit and analyze the Martian atmosphere.

The United States’ Perseverance probe is expected to arrive on February 18. “Percy” is expected to make a beeline for the planet’s surface. If it successfully lands, the probe will attempt to deploy the Ingenuity helicopter, which could be the first craft to fly through Martian skies. Percy is expected to land in Jezero crater, which NASA scientists believe was once a lake and which the Curiosity rover already on Mars is incapable of reaching.

All three were launched just days apart in order to take advantage of Earth and Mars being at the closest distance in their orbits, significantly reducing travel time between the planets.

Life on Mars Could Be Hiding Just Below Surface, Study Says