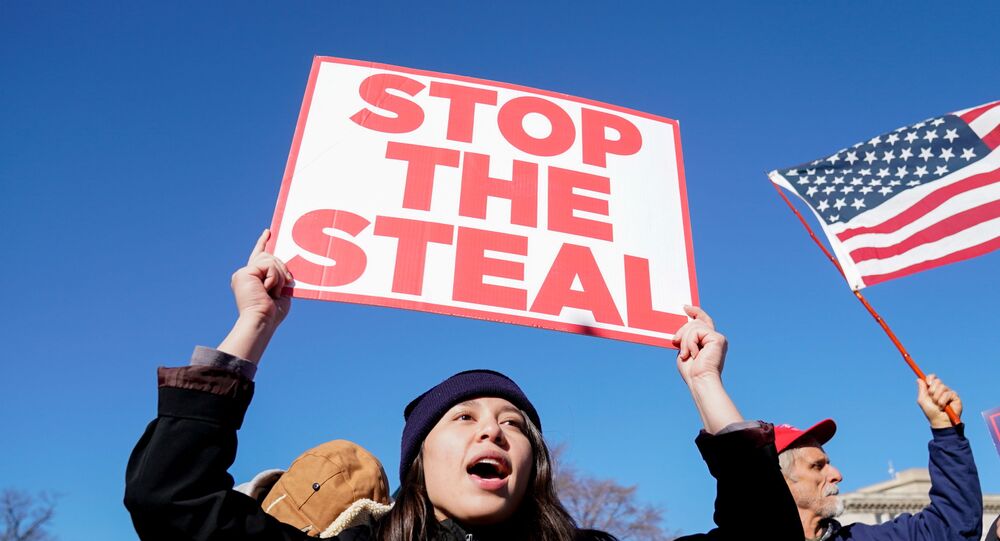 Social media giant Facebook implemented a series of measures during the heated US presidential election to clamp down on misinformation, and in the wake of rioters storming the US Capitol the platform has renewed its efforts ahead of US President-elect Joe Biden’s inauguration.

Facebook announced on Monday that it will begin removing any and all content that contains the phrase “stop the steal” from its platform in the days leading up to Inauguration Day on January 20, 2021.

The company revealed that preparations for Inauguration Day began in 2020 but “took on new urgency after last week’s violence in Washington, DC, and we are treating the next two weeks as a major civic event.”

“We’re taking additional steps and using the same teams and technologies we used during the general election to stop misinformation and content that could incite further violence during these next few weeks,” reads the advisory, which explains that posts using the “stop the steal” phrase will be removed in line with the company’s Coordinating Harm policy.

The policy update, co-authored by Facebook Vice President of Integrity Guy Rosen and Vice President of Global Policy Management Monika Bickert, states that the company previously removed the original “Stop the Steal” group from its platform in November 2020, and that it has continued to remove similar pages, groups and events that call for violence.

“It may take some time to scale up our enforcement of this new step but we have already removed a significant number of posts,” the post adds, noting that Facebook will also keep its Integrity Operations Center functioning “at least through January 22 to monitor and respond to threats in real time” in light of the deadly Capitol insurrection.

Additionally, Facebook will be extending its temporary pause on political and election-related advertisements, including any ad from a politician - even US President Donald Trump. The social media giant will also be livestreaming the inauguration, and after the inauguration will take up efforts to label posts that attempt to delegitimize the results of the election.

Facebook’s latest move comes after it indefinitely suspended Trump from its platform and after COO Sheryl Sandberg remarked in a Monday interview with Reuters that the Capitol riots were “largely organized” on other internet services, not Facebook.

However, Facebook is far from the only social media platform to have taken action against Trump in light of the January 6 rally-turned-riot. In fact, after Twitter permanently suspended Trump’s account, multiple companies, including Facebook-owned Instagram, Snapchat, YouTube and Twitch took action against the president, and Reddit banned a prominent community of his supporters.

Trump’s tense relationship with social media platforms became apparent just a few months before the US election, when he began sharing posts voicing baseless claims about mail-in ballot fraud. The unsubstantiated claims came amid a nationwide effort to promote the use of mail-in ballots as a result of the COVID-19 pandemic.

In the months that followed Trump’s initial allegations, dozens of posts on Twitter and Facebook were either flagged or removed entirely for violating company policies, developments that eventually prompted Trump to begin calling for congressional lawmakers to repeal Section 230 of the Communications Decency Act. The decades-old legislation provides online platforms with legal protections from liability for content shared by users.

The final straw that prompted many companies to block Trump’s access to their platforms came as a result of the president’s appearance at the “Stop the Steal” rally last week where he called on his supporters to not allow the US election to be “stolen.” In the hours that followed, hundreds stormed past security barriers and into the US Capitol as lawmakers worked to certify the results of the election.

Since the violent unrest, dozens have been arrested and charged for storming the Capitol as Trump faces a possible forced removal from office. The US House of Representatives is expected to vote on Tuesday on invoking the 25th Amendment to remove the president from office, and take up efforts on Wednesday to vote on an impeachment article for incitement of insurrection.