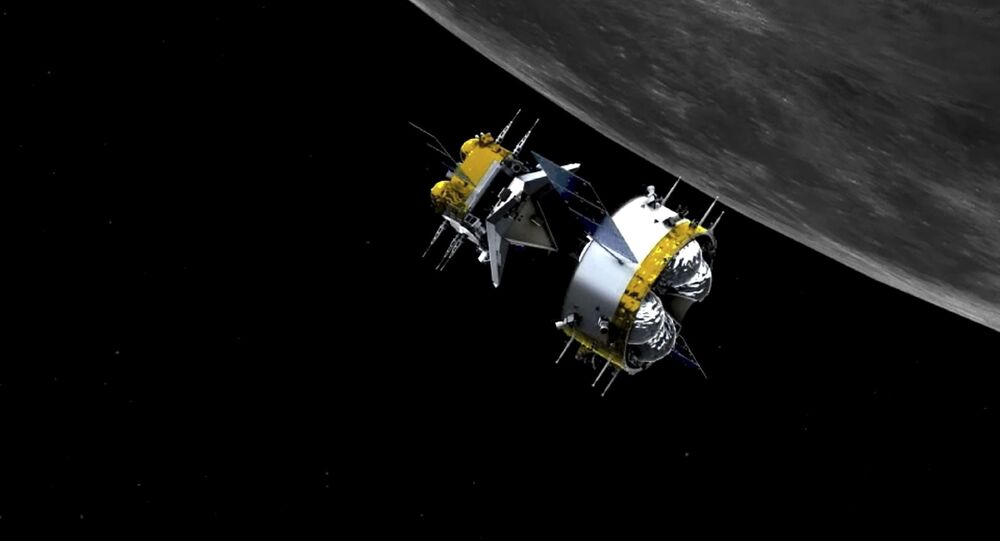 Having finished its primary mission, the part of China’s Chang’e-5 spacecraft that remained in space has departed for a new mission: exploring an unusual area of space known as a Lagrangian point.

On December 16, the orbiter vehicle performed the final task of its primary mission when it dropped off the capsule carrying samples from the lunar surface. The capsule plunged back to Earth, being recovered by Chinese scientists in Inner Mongolia for analysis.

However, that wasn’t the end of the orbiter’s mission. Hu Hao, the chief designer of the sample return phase of the Chang’e-5 mission, told China Central Television (CCTV) on Sunday that the orbiter had performed an avoidance burn so as not to crash into the Earth’s atmosphere, and was now beginning a new mission to one of the Earth-sun Lagrangian points.

In every two-body system, there are five points where the gravitational force of the two objects is equal, making it possible for other objects to exist there with minimal influence from the two others. They’ve proven to be valuable for research, with China placing the Queqiao communications satellite at the Earth-moon L2 Lagrangian point, which sits on the far side of the moon, to provide a link to missions on that side of the moon such as the Chang’e-4 mission in 2019.

While Hu declined to give specifics about which Earth-sun Lagrangian point the spacecraft was headed to, amateur astronomers have suggested that based on its trajectory in recent days, it seems likely that Chang’e-5 is headed to the L1 point, which is directly between the Earth and the sun.

Astrogator Mike has studied the current TLEs from Bill Gray and refined with Doppler analysis and his conclusion is #Change5 orbiter is heading back to the Moon for another close encounter 2 revs from now. Looks like they're planning to send it into a solar orbit.... https://t.co/vG6wKmf0Bx

​The L1 point is about four times more distant from the Earth than the moon’s orbit is, and it offers an unobstructed view of the sun. Humans have placed several solar observatory satellites here over the years, including DSCOVR, WIND, SOHO and ACE, according to NASA.

Hu noted the Chang’e-5 orbiter still has a substantial amount of propellant fuel left, meaning it will be able to continue maneuvering for some time.

SpaceNews noted this isn’t the first Chinese mission to follow this pattern: in 2010, the Chang’e-2 spacecraft, which orbited and mapped the moon, continued on to visit the Earth-sun L2 point to test the abilities of ground command to track and direct the spacecraft. L2 is located “behind” the Earth at the same distance L1 is.

The US space agency NASA is preparing a mission to one of Jupiter’s Lagrangian points as well. At the L3 and L4 points, planets tend to collect “Trojan” asteroids and other space debris, which orbit the sun ahead of and behind it. The LUCY spacecraft, due to launch sometime in late 2021, will visit eight of Jupiter’s Trojans over a 12-year period. The asteroids are believed to be captured Kuiper Belt objects, originating from the remote part of the solar system beyond Neptune’s orbit.