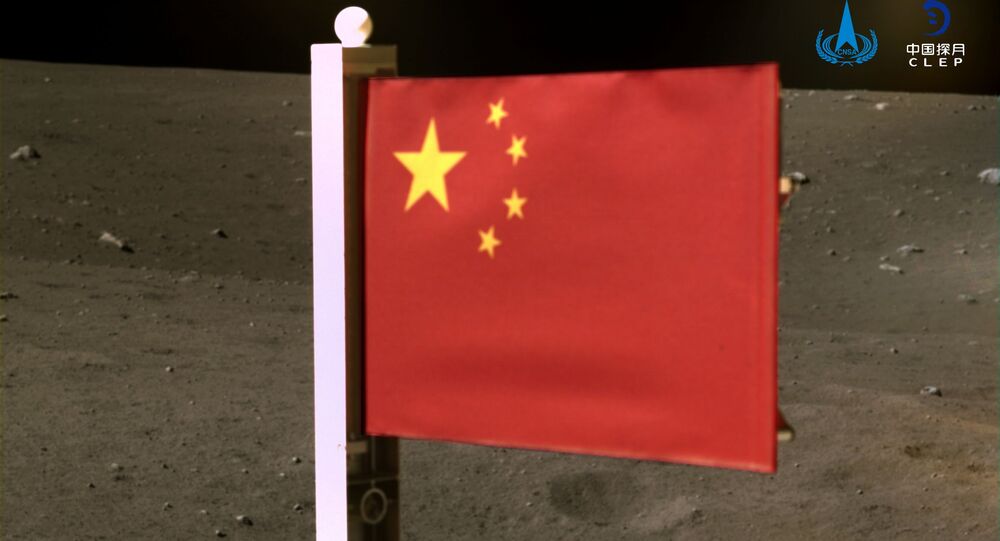 Named for a mythological goddess of the moon, Chang'e 5 is a part of the Chinese Lunar Exploration Programme. China began the project in 2003, and four years later saw its first spacecraft launched.

China's lunar capsule, carrying samples of rock and debris from the moon, returned to Earth on Thursday, making it the first vessel to return to our planet with lunar material in over 40 years.

The capsule of the Chang’e 5 probe landed in the Siziwang district of the Inner Mongolia region, state media reported around 2:00 a.m. (1800 GMT).

The capsule had earlier parted from the orbiter module before bouncing off the Earth’s atmosphere in order to slow its descent before drifting through and floating to the surface using parachutes.

Helicopters and off-road vehicles were ready and waiting to detect signals coming from the lunar spacecraft to locate the object amid a dark and snow-covered region in the far north of China, which has frequently been used as a landing site for the nation's Shenzhou manned spaceships.

#BREAKING: The return capsule of China's Chang'e-5 probe touched down on Earth, bringing back the country's first samples collected from the moon, as well as the world's freshest lunar samples in over 40 years. pic.twitter.com/uYFeAMycwA

The Chang’e 5 mission landed on the moon on 1 December and obtained around 2 kilograms (4.4 pounds) of samples from the surface, also drilling 2 meters (6 feet) into the crust of the Earth's only natural satellite.

The samples were placed into a sealed container which was then returned to the orbital module via an ascent vehicle.

After raising the Chinese flag, the moon lander ceased to function, and was subsequently used as a launching pad for the ascender, which was then expelled by the orbiter and dropped to the lunar surface after transferring the samples for the return trip to Earth.

​The Chang'e-5 is China’s third successful lunar landing and the most recent milestone in an increasingly enterprising space venture which will include a robotic mission to Mars and predictions of Beijing's intention to set up a space station in permanent orbit around the earth.

The return of the Chang'e 5 is the third time a country has returned moon samples, following multiple missions by the United States the former Soviet Union during the 1960s-1970s.

The rocks and debris are believed to be billions of years younger than the samples found by the US Apollo and Soviet Luna missions, potentially offering new insight into the history of the moon and other celestial bodies.