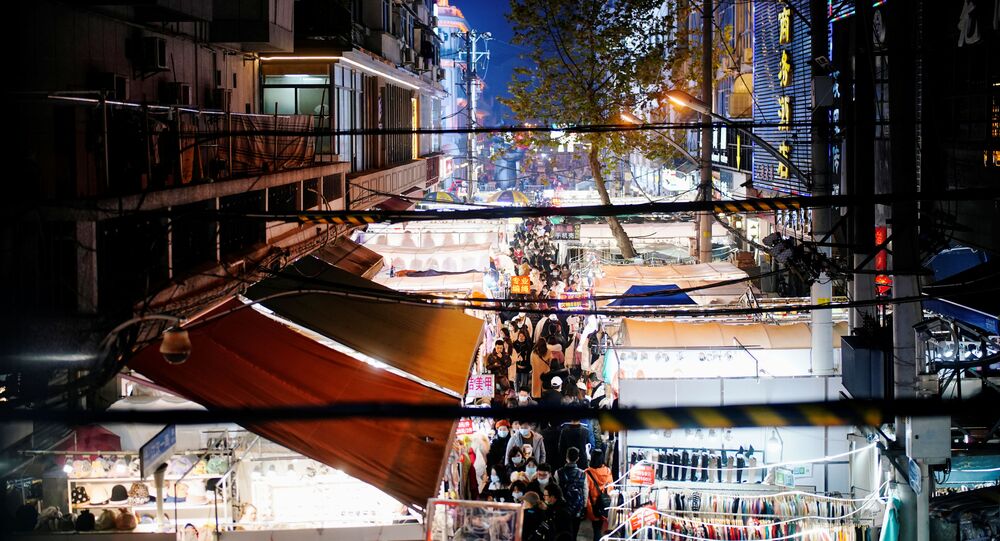 A year after the outbreak that initiated the COVID-19 pandemic, doubt has been cast from several directions on the prevailing consensus that the virus originated in a wet market in central China, with several theories suggesting it arrived in Wuhan from another source.

Members of the World Health Organization (WHO) and diplomats from several nations told Reuters on Wednesday that an international investigative team would be dispatched to Wuhan, China, early next year to investigate the origins of SARS-CoV-2, the virus that has caused the COVID-19 pandemic.

According to the report, the team of 12 to 15 members will arrive in China’s central Hubei Province in the first week of January 2021 to try and figure out the source of the virus, which is believed to have originated in a food market that sold live animals, and how it crossed the species barrier to infect humans.

Their mission will be six weeks long, including two weeks of quarantine immediately after their arrival.

The disease was first noted in December 2019 as a new type of pneumonia, but was not sequenced and identified as a unique illness until January 2020, by which time it had infected tens of thousands of people, mostly in Hubei Province. Despite Chinese lockdown measures, some people infected with the virus managed to travel internationally, beginning the spread of the disease that became a full-fledged pandemic just two months later.

Keith Hamilton, an expert at the World Organization for Animal Health (OIE) who will take part in the investigation, told Reuters that finding the animal source of the virus would be “rather like looking for a needle in a haystack.” However, scientists have found an almost identical virus in a horseshoe bat, indicating that might be the source.

Peter Ben Embarek, the WHO’s top expert in animal diseases, has dismissed any notion it was man-made or was released from a lab, a conspiracy theory promulgated by such people as US President Donald Trump earlier this year.

In 2017, Chinese scientists traced the origins of severe acute respiratory syndrome (SARS), which caused an epidemic outbreak between 2002 and 2004 that killed close to 800 people, to a species of cave-dwelling horseshoe bat in Yunnan Province. When COVID-19 first appeared, Chinese doctors thought it was another outbreak of SARS-CoV-1, which caused SARS.

However, reporters at Chinese state outlet Global Times have recently suggested the virus could have come to China from elsewhere, arriving in frozen food shipments, since most of the products sold at the Huanan Seafood Wholesale Market are not live, but frozen.

“The frequent outbreaks originating from imported cold-chain products since June in many places in China also beg the question among Wuhan locals if the virus was transmitted to Wuhan in this way,” the Times wrote, noting the hypothesis was also supported by Wu Zunyou, the chief epidemiologist of the Chinese Center for Disease Control and Prevention.

“Wu also said that the fact that seafood has caused flare-ups in Beijing, Dalian and Qingdao also raised the question whether the early outbreak in Wuhan was also triggered by imported seafood. ‘This gives us a lead, a new way of thinking,’ said the top epidemiologist.”

The Reuters report made no mention of US involvement in the Wuhan mission. In April, Trump accused the WHO of “mismanaging the crisis,” saying the UN agency was controlled by China and that Beijing had lied to it about its case numbers. In September, Trump announced he was pulling the US out of the international medical network, effective on July 6, 2021. US President-elect Joe Biden has said he will rejoin the WHO as soon as he is inaugurated, but his swearing-in will take place several weeks after the WHO mission begins.

If the WHO mission to Wuhan fails to turn up answers, scientists may be headed to Italy next. Last month, Milan’s National Cancer Institute published a report which found that dozens of people enrolled in a lung cancer screening trial had developed SARS-CoV-2 antibodies well before the first known COVID-19 case arrived in Italy on February 21, 2020. Some of those antibodies were found in blood samples taken in October 2019, meaning they must have been infected in September 2019.